Lovers and madmen have such seething brains,
Such shaping fantasies, that apprehend
More than cool reason ever comprehends.
The lunatic, the lover, and the poet
Are of imagination all compact.
One sees more devils than vast hell can hold—
That is the madman. The lover, all as frantic,
Sees Helen’s beauty in a brow of Egypt.
The poet’s eye, in fine frenzy rolling,
Doth glance from heaven to Earth, from Earth to heaven.
And as imagination bodies forth
The forms of things unknown, the poet’s pen
Turns them to shapes and gives to airy nothing
A local habitation and a name.
-- A Midsummer's Night Dream 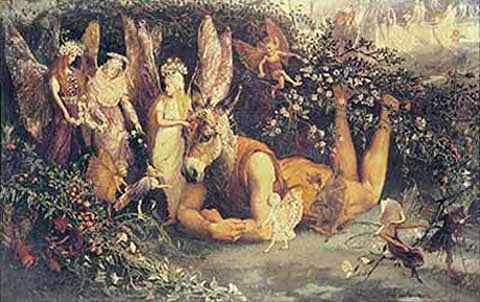 It is reason itself that demands certitude. What if this is in every way impossible? What if there is no way of knowing that A really equals A? What if the whole enterprise of philosophy has been a colossal two thousand five hundred year waste of time?

The only logic of the imagination is to create. It does not ask if its creations are real or not. It does not even ask who created what. The products of the imagination are not "personifications" nor or they "projections," (but perhaps they are both). They are rediscoveries of the archetypes and gods that have always been there. We use words and pictures to shape these forces, but they are not bound by these imposed forms. The walls of the prison are themselves the prisoners. Language is the dance of the angels.

Our greatest blessings come to us by way of madness, provided the madness is given us by divine gift.   --  Socrates in Phaedrus


To lose one's reason, to fully embrace the imagination, is, as Shakespeare wrote, to be in love and/or go mad. The world begins to resonate with our personal myths. It plays with us. It is Ishtar cavorting with, and discarding one by one, her veils only to reveal nothing -- only a darker mystery. She is never naked. Our own symbols do not need to make sense. They do not require consensual understanding. Something strange opens up when we allow it. If elves are banished from our worldviews, existing only as characters in fantasy, there is likely no way we would ever encounter them. If summoned, though, (or not!) they will speak. The true artist does not care if her creation is an accurate depiction of reality. The real is a category, like any other category, that is "in fact" a dancing god.

This sort of madness does not require insanity. The insane is merely the opposite of the sane. Insanity is the inability of an individual to cope and communicate effectively in his or her society. Madness, on the other hand, can be collective. A community of mad poets and lovers has always been possible. It is also crucial not to compare this type of collective madness with the societal "sanity" that acts in the name of reason. Sanity is behind all of history's wars not madness. Sanity is the madness that takes itself for reason.

What does the world begin to look like when we give up trying to tease out its truths? What happens when we realize that all of the facts that we have so far accumulated, that we have built our "progress" on, are as fleeting as phantoms in the shadows?

A camel woke up to a Polish dawn
Wouldn't look to see his feet had gone
He wouldn't like it
Wouldn't have the strength to fight it,
I see the flies
-- "Birdie Hop"


There are no great plots, no conspiracies, or rather the plots and sub-plots and intrigues multiply and fracture endlessly. They are so distressing precisely because they shake the ground from under us. A grand, dark conspiracy is not a surrogate for God nor the Devil. The existence of such a conspiracy opens up the space for even more perspectives, even more skeptical shots at the official metanarrative. Conspiracy theories breed more conspiracy theories. "Magical thinking" becomes almost an inevitability. 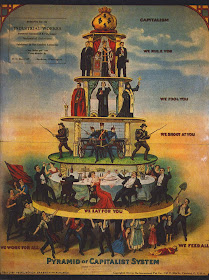 Is nature toying with the poet, enacting his metaphors? Or is he only imagining this? Once again, only reason makes this distinction. "What would happen if everyone thought like this mad poet?" Kant might ask. Society would fall apart. Hasn't it already? Aren't we already seeing the collapse of all foundations, all reasoned abstractions? The abstraction of perpetual consumer comfort may be the final domino to fall.

Yes, yes, leave me with my madmen since I promise you that if the next European revolution denies us the joy of falling wrapped in the delirium of DESTRUCTION, in better times, I will come back to speak of Them, and if there is anything to reproach — perhaps the smallness of their madness? — I will do it and without reserve.
-- "Intellectual Vagabonds"


Even the "God particle" was extremely reluctant to be found. It may have somehow travelled back in time, jinxing experiments and altering historical events, in order to delay its discovery.

When we start to weave our own tapestries weird pictures and figures emerge. Things never before connected begin to find each other. The occult is a step in this murky direction, but even it is far too systematized. Poetry has no rules whatsoever. Myths give birth to themselves.

Is there a God? Is there not a God? Why not both and neither? To definitively answer either question is to attempt to force the universe into a box, a place where it does not willingly go. The fundamentalists, both theist and atheist, continually make excuses for their versions of reality. Both attempt to find comfort and surety where there is none. There are only our metaphors which we do not entirely create.

None of this is a romanticism. It is not an effort to make the world more interesting than it actually is. It is terrifying. It is unsettling. It leads more often to despair than to beauty. On rare occasions, though, it is sublime and these brief moments make everything else entirely worthwhile.

Pagan blood returns! The Spirit is at hand, why does Christ not help me, and grant my soul nobility and freedom. Ah! but the Gospel belongs to the past! The Gospel! The Gospel.  -- A Season In Hell