And I have felt
A presence that disturbs me with the joy
Of elevated thoughts; a sense sublime
Of something far more deeply interfused,
Whose dwelling is the light of setting suns,
And the round ocean and the living air,
And the blue sky, and in the mind of man;
A motion and a spirit, that impels
All thinking things, all objects of all thought,
And rolls through all things.


Deleuze's recurring image of the rhizome has its origin in Jung. In his autobiography, Jung wrote that all of the marvelous encounters of life bloom forth from the always present subterranean root system of the rhizome. In Deleuze's term it is the virtual, not unchanging or eternal in itself but awaiting its chance to break through the ground.

This is Jung's archetype, an idea which he in turn develops from Henri Bergson's notion of the intuition. The rhizome is not solely made up of repressed traumas, as in Freud and Lacan, but it is the unseen well of creativity -- much more vast than the individual and his or her experiences. These experiences sprout up like mushrooms from the mycelium, but they are merely the visible fruits of an internal yet impersonal bed of becoming.

By means impossible to explain because of certain misconceptions in your model of reality all my mycelial networks in the galaxy are in hyperlight communication across space and time. The mycelial body is as fragile as a spider's web but the collective hypermind and memory is a vast historical archive of the career of evolving intelligence on many worlds in our spiral star swarm. Space, you see. is a vast ocean to those hardy life forms that have the ability to reproduce from spores, for spores are covered with the hardest organic substance known. Across the aeons of time and space drift many spore-forming life-forms in suspended animation for millions of years until contact is made with a suitable environment. -- Psilocybin: The Magic Mushrooms Grower's Guide, O.T. Oss, O.N. Oeric


The rhizome, as Deleuze witnesses, is ahierarchical, decentering. It has no head and no middle. It is connected to itself at every node with every other node. It is vastly different than Plato's forms or at any rate it provides a much fuller picture of them. It reveals the shamanic, the more archaic, version of Plato. More image than archetype. There is another world, yes, but it is not a crystal museum of perfect Forms. It is organic, networked, a vast ever-transforming cauldron of creative and anarchic possibilities. It doubles as the Magician's hat and the Magician herself. It is there -- the rhizome bed -- behind both thoughts and substance. It is the originless origin of both, the virtual that enables all individuation.

Earth is all the higher bodies because all the higher lights come together in it. For this reason earth is called "Pan" by the poets, that is "the whole," and it is also given the name Cybele, which is almost like cubile, from cube (cubus) that is, a solid. The reason for this is that earth, that is to say, Cybele, the mother of all the gods, is the most compact of all bodies, because, although the higher lights are gathered together in it, nevertheless they do not have their source in the earth through its own operations, but the light (lumen) of any sphere whatever can be educed from it into act and operation. Thus every one of the gods will be begotten from it as from a kind of mother. The intermediate bodies have a twofold relationship. Towards lower bodies they have the same relation as the first heaven has to all other things, and they are related to the higher bodies as earth is related to all other things. And thus in a certain sense each thing contains all other things.  -- On Light, Robert Grosseteste


The rhizome, the root system, is of course the foundation of all trees. But trees are the very symbol of the hierarchy. Hierarchies exist, to be sure. They become actual. But they are passing works of art, sand-paintings, not to be taken entirely seriously. Trees, too, are products of the rhizome, and so the blood of its chaos also breathes through them, waiting to be tapped into and released. But they are as seasonal and transitory as a ripening fruit. Eventually they will rot, fall down, and be once again absorbed as creative fodder for the rhizome. They are merely vertical extensions of its transformation.

The light which on ten thousand faces shines,
The beams which crown ten thousand vines
With glory and delight, appear
As if they were
Reflected only from them all for me,
That a greater beauty there might see.
Thus stars do beautify
The azure canopy.
Gilded with rays,
Ten thousand ways
They serve me, while the sun that on them shines
Adorns those stars, and crowns those bleeding vines.  -- "Goodness," Thomas Traherne


"Trees", then, are not fought by cutting them down -- they will grow again. It is even less effective to break off a branch -- the hierarchy is in a continual process of self-production. Even more futile, counter-productive, even reactionary, is to develop as a new tree, as one higher, more beautiful, more just than all the others. This is delusional madness. All trees will rot, will become twisted and cruel. All are both the fruits and food of the rhizome, the mother devouring her children.

The only way to defeat the Tree is to course down through the twigs and branches, reversing through the secret sap channels of the trunk and reunite with the rhizome -- to the space of all possibilities. From this vantage point the tree is no threat -- it is yet another root. We can be awed by the beauty of its form and yet not swept up in its self-illusions of permanence or greatness.

Deep within the rhizome the tree has no hold over us -- not with the state, not with the society, not even with the family. Here we dwell in the root of the Oedipus myth, of myth in general. The father is killed, the mother is raped and on and on -- unclefuckers, sistereaters, doglickers, pigsuckers -- all permutations are present and possible, no one myth dominates over the others. We are at the place where all myths are born.


Here, then, the intelligible is not truly separated from the sensible. It is impossible to say where the tree ends and the rhizome begins. One appears more underground and horizontal than the other, but this is also illusory. Branches spread out, too, and the leaves are buried in the air. The elements mix. So where is the rhizome? It must be right here, nesting in the thickest branches of the tree.

Does this lend itself to a revolutionary analysis? According to Deleuze, and maybe Jung, it demands a voluntary, aware schizophrenia. The rhizome is here, in our unconscious, the seat of all creativity. It demands the conscious deconstruction of all arborescent metaphors that smother our imagination. The most toxic metaphor out there is that the unconscious is also enclosed, determined by the tree. But the unconscious is also the taproot. It is ridiculous to assume that the tree could colonize the rhizome. In contrast, the tree is but one expression of the latter. 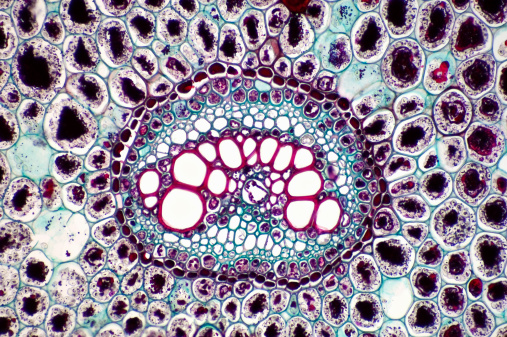 We need to consciously enter back into the dark rootwork. It is an alchemical process, back to the prima materia in order to generate new forms, new works of art. The tree is subverted by ceasing to believe in its permanence, by actively moving back within it, inside it, under it, and becoming something else. Becoming-animal, becoming-plant, becoming-rock. Flowering forth new forms of imagination. Tree: root: tree.

At the hill temple,
Stillness invites the curiosity
of the creeping, the fluttering and the shy

The pre-dusk chorus commences in the branches
just behind my head
Its refrain is echoed and amplified
in the bushes to the right and left
Repetitive droning, chiming, chirping
A dancing lattice of sound

Breathing in, a wind blows
up from the valley
Leaves rustle, patterns
of light and shadow interplay
with song and silence

The glow in the West brings
blood to the breeze
Eyes and ears only reflect, take in
The edge of self blurs
into the foliage