The other day I woke up with a strange thought on my mind.

Like many, I have been studying the symbolism of the upcoming London Olympic Games. I was especially struck by the obvious mandala pattern of Danny Boyle's Opening Ceremony plan, recently released to the public.

There has been quite a bit of discussion on the web linking the theme of "green and pleasant land," taken from William Blake's preface to his epic, Milton, and most widely known in the patriotic hymn, Jerusalem, to the idea of the descent of the New Jerusalem to England. Symbolically this is indeed the content of Blake's poem.

All this appears to be a confirmation of what certain researchers, most notably Rik Clay, have been pointing out for several years -- that London 2012 is Zion.

To be clear, I do not  think that this has much or anything to do with political or social Zionism. I reckon that Blake was far closer to the mark, and the whole thing goes much deeper than the modern Zionist movement. Blake was not writing about the literal Jewish race and neither am I.


There is much to wonder about. First is the mandalic pattern of Boyle's ceremony -- the Glastonbury Tor is set adjacent to the wider circle, but it is obvious that it is meant to represent a higher level at the centre of the mandala. Given the historic and symbolic importance of the Tor it is clear why it would be the centre. 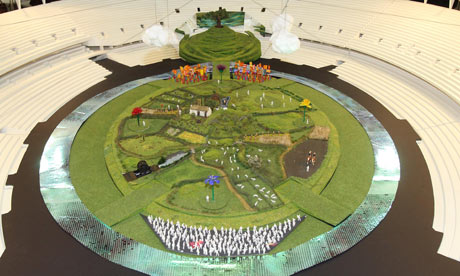 In the wider circle the most prominent features are the four maypoles each topped with a different flower -- a rose, a thistle, a daffodil, and a flax flower. These are, respectively, the national flowers of England, Scotland, Wales and Northern Ireland (although the shamrock is often used). There is no great surprise here. These floral symbols are widely seen, and last year they attracted attention as the lace design on Kate Middleton's wedding dress. 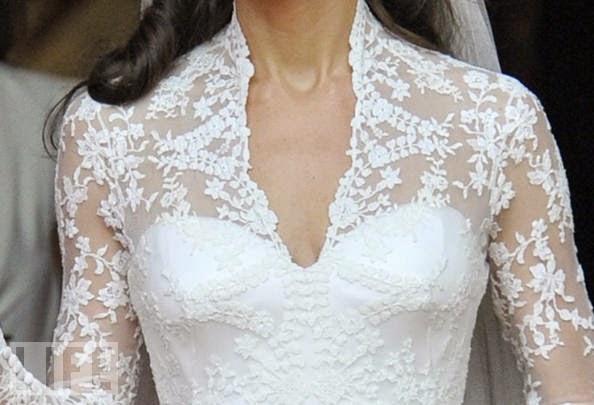 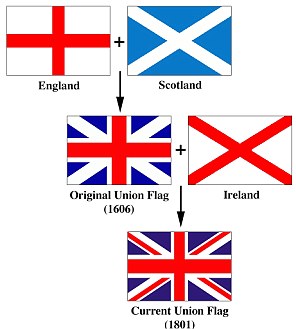 
I woke up the other morning with the thought that these fours saints, depicted by floral symbolism in the Opening Ceremony mandala, could be somehow numerically related to 2012. For a long time I've have known that the year most commonly connected with St. Patrick is the year 432 A.D. Traditionally, this is the year that St. Patrick began his mission to convert Ireland to Christianity. The number 432 itself has a whole host of symbolic associations. I awoke wondering if the other three saints have particular years associated with them and, by any chance, if these year numbers would sum up to 2012. For some reason I had a strong belief that they would.

I knew next to nothing about the non-Irish saints, but searching the web I soon found what I was looking for.

The most widely known event in the life of St. George is his slaying of the dragon, but this is mythological and not connected with a specific year. The year that St. George is most strongly linked to is his martyrdom in 303 A.D. The tragic event is marked every year by St. George's Day in England and elsewhere. St. Andrew was an early Christian apostle and the dates of his life events are largely unknown to history. Traditionally, he was said to have been crucified on an X shaped cross, or saltire. His connection to Scotland, however, does have a definite date attached to it.

In 732 A.D., an early Scottish king, Angus MacFergus II, was in battle and surrounded by enemy Angle forces. He prayed to St. Andrew for deliverance and was awarded with a vision of the saint. The next morning the saltire of St. Andrew's cross appeared in clouds on the blue background of the sky. With this sign Angus' army was spurred on to victory. From this point forward St. Andrew's cross became the banner of Scotland.

(Edit: Despite the information provided by the link above, most authorities date Angus II's vision to 832 not 732. However, it was Angus MacFergus I (reigned 732-761 A.D.) who is traditionally considered to have established the cult of St. Andrew in Scotland. Additionally it was in 732 when Acca, the Bishop of Hexham, brought the bones of Saint Andrew to Scotland. 732 A.D. remains a significant date for St. Andrew in Scotland.)

The year most associated with St. David is less obvious than the others. The death of St. David is celebrated in Wales on St. David's Day, but there is little agreement as to what year this happened (589 A.D. is traditional), and his death was certainly not as dramatic as the martyrdom of St. George. Another key event in the life of St. David, however, can be more clearly dated and is arguably much more significant.

St. David literally rose to fame at the Synod of Brefi, held in Wales in 545 A.D. This Church council was held in order to combat the Pelagian heresy. The story goes that St. David was preaching to a large crowd when those at the back began to complain that they could not see or hear the holy man. Miraculously the ground on which the saint stood rose up so that all could see him. This uncanny event assured his place in history. Now, if we can accept that these are the years most symbolically connected with the four saints of Britain, a simple yet interesting calculation can be made. Incredibly, 432 plus 303 plus 732 plus 545 equals 2012!

Of course this is a coincidence. There must be other ways to determine and calculate years connected with the saints, and regardless why would any of this have anything to do with 2012 and the London Olympics? To suggest that there is a connection would be ridiculous, right?

What makes this all meaningful for me, though, is how this picture emerged. I woke up with this absurd thought, I looked up the saints and without trying  to make it work these are the dates that I was "led" to, and by surprise I arrived at 2012 straight away. This seems amazing to me, but I do not expect that others will be equally impressed.

I am writing this as the introduction to the blog. This blog will explore the interplay and resonance of similar instances of personal and collective synchronicity. A thesis of this blog is that "coincidences" such as this usually involve a limited spectrum of symbols, images and archetypes that resonate across different layers of reality.


Reality is much more like a dream than a machine and the same patterns can be found in personal experiences, the wider social consensus, and in the structure, geometry and rhythm of the natural world. If we assume, as many do, that there are master magicians who manipulate reality at especially the second of these levels then it is also likely that the spells that they cast are drawn up with a very similar palette of available archetypes. This idea will be explored in depth as the blog progresses. 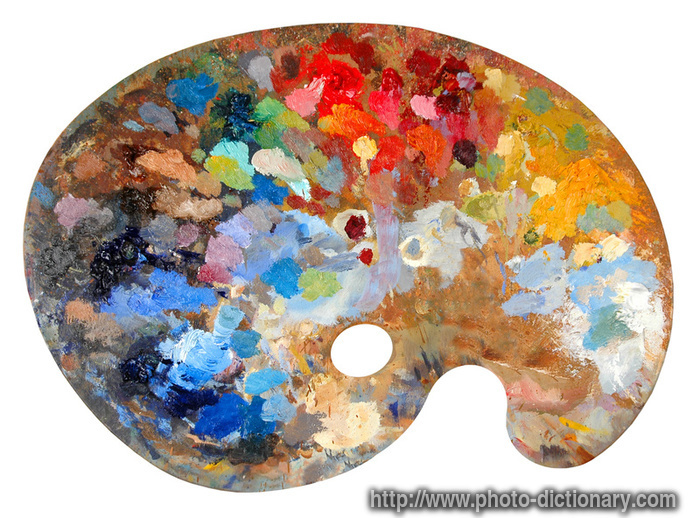 Clearly this has nothing to do with science. An entirely different "method" is being explored.

It would be no surprise that a heavily ritualized event like the London Olympics, occurring in a highly psychically charged year like 2012, would have images, symbols, numbers, etc. that would reflect and resonate with those arising in the visions and dreams of sensitive individuals, as well with wider historical and natural patterns and frequencies. 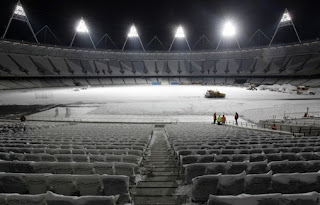 I don't think that my experience is in any way unique or special here. I'm pretty certain that this kind of thing happens to many people continuously, and perhaps with increasing frequency. People of such insights may be tapping into what Carl Jung called the "rhizome":


Life has always seemed to me like a plant that lives on its rhizome. Its true life is invisible, hidden in the rhizome. The part that appears above the ground lasts only a single summer. Then it withers away--an ephemeral apparition. When we think of the unending growth and decay of life and civilizations, we cannot escape the impression of absolute nullity. Yet I have never lost the sense of something that lives and endures beneath the eternal flux. What we see is blossom, which passes. The rhizome remains.


What connection do the four saints have with 2012 and the London Olympics? Perhaps they don't. It's possible, though, that the key years, imagery and tales of the patron saints of Britain, becoming larger-than-life myths in themselves, have become embedded in the archetypal rhizome.

Perhaps the deep symbolism of the year 2012, and that of the London Olympics, are tapping into the same root-work. Perhaps for some reason all of the symbols and images are coalescing, resonating, culminating. Perhaps a grand climax is about to build and break and the mass conversion, martyrdom, signs and miracles of the saints will all play a role in the final act.

The passing blossoms of the four flowers may finally reveal the hidden rhizome. 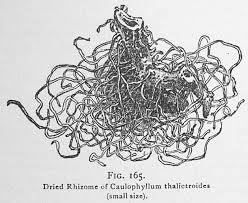