Elull, in The Technological Society, defines technique as:

The totality of methods rationally arrived at and having absolute efficiency in every field of human activity. 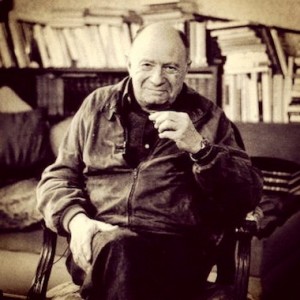 Technique, in this sense, is the sum of all methods governed by rationality and efficiency. While at one stage technique was just one facet among many (cultural, religious, political, etc.) in any given civilization it now dominates all other facets. Technique now is civilization. We exist in a technical civilization.

The terms State Capitalism and Globalization are too narrow. Technique has absorbed both the state and capital and is definitely a global process, but it is much more than this. State Capitalism, like the New World Order, implies an elite with subjective agency. Technique is purely a technical process which may favour certain elites but it is objective in nature. It is not governed by human will. 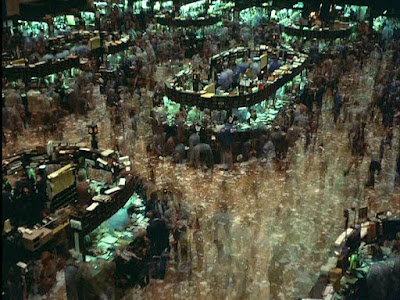 In contrast, the terms Reason and Separation are too broad, too general. Technique is a rational and reasonable process, but it is characterized only by applied reason -- reason that is almost instantly reified into some useful and practical technology or technique. Pure reason or pure science, like that favoured by the ancient Greeks who would invent things only to prove their theories and then would dismantle them, have little value for technical civilization.

Separation defines every aspect of technique -- compartmentalization, specialization, categorization, atomization -- the separation of technology from the rest of nature, the separation of individuals from one another etc., but its meaning reaches far outside of these bounds.

"The Techno-scientific Global Socioeconomic Supersystem" is more accurate but its use is cumbersome. "The Machine" is still more exact and concise but Ellul didn't use this term because during the time of his writing, the Fifties and Sixties, technique included things like schedules, programs, operations, statistics, and processes that were mechanical, like all techniques, but were not yet incorporated into machines. 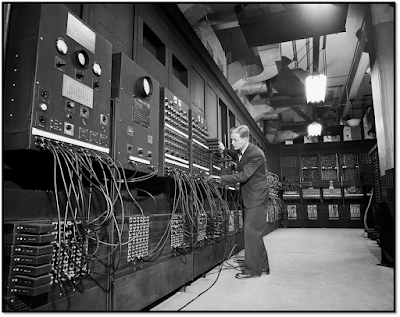 Now, however, all of the above have been computerized -- as Elull predicted. In this way everything is machine based. "The Machine" can also be used as an accurate term to call technique and technical civilization.

Elull, wishing to avoid the notion that technique is somehow an intended, subjective process, denies that philosophy or mythology have anything to do with its emergence. Instead he points to five purely historical factors to explain its arising. It is easy to spot the lingering Marxist dogma of historical materialism in this view. The view of this blog, in contrast, is that technical civilization is only the physical embodiment or hard-wiring of dualistic mythology.

This happens as follows: Elull explains that technique really started to take shape around 1750 in Europe and vastly accelerated with the Industrial Revolution. The Industrial Revolution, he explains, first occurred in England and then in France because of the accumulation of capital in the financial hubs of these two countries. The accumulation of capital is one of the crucial economic reasons, Elull points out, that allowed for the advent and domination of technique. But how did capital accumulate in centres like London and Paris?

This process occurred as the direct result of the conquest of the Americas, Africa and Asia by European imperialism and the swamping of Europe by plundered, especially Mexican and Peruvian, gold that eventually made its way to English banks. This is the start of modern capitalism and industrialism, and therefore technique. 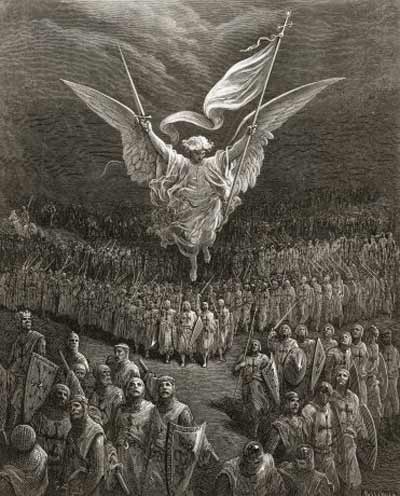 Technique therefore embodies this genocidal dualism into the very structure of our civilization. This is its essence.

Elull refers to the power of dualistic mythologies in the implementation of technique when he explains Marx's role in its onset. He explains that even during the nineteenth century technique was hated by the workers and Luddism was rampant. It took Marxism to convince the workers that technique would lead to their salvation to stop the movement of workers against it. Marxism is only a recent manifestation of dualist mythology. Marxism also divides the hell of the present from the glorious heaven of the future. Dualism and technique are one.

Technique will expand until everything outside of its grasp becomes technicized. This includes all of nature, all cultures, all traditions, all imagination and the very structure of matter, life and mind. We are currently witnessing how diverse things like deforestation, pop culture, neuropharmaceuticals, genetic engineering and nanotechnology are rapidly taking us all to this bleak totality. There will be no freedom or autonomy outside technique -- and inside technique these terms have no meaning.

There seems to be no hope of reform or escape. Technique is interlocking, self-regulating and self-perpetuating. It continues to expand with exponential growth and velocity. There is no question of slowing it down without completely stopping it. As it becomes ever more huge and complex the need to police it in order to prevent errors or anomalies increases in proportion.

Technique is already totalitarian but its natural trajectory is to become a global police state. It needs to protect its own interests and as its interests grow so does its need for protection -- manifesting as security and policing techniques -- not sinister only very rational and efficient. It is obvious why the lovers of mystery aim to destroy the Machine. The Machine, realizing that people require mystery and ecstasy, devises techniques in order to simulate them. Thus we have abstract art, New Age, extreme sports, scandals, hip hop, drugs, pornography, raves, media, protests, etc. In short we have the technique of spectacle as a substitute for mystery. This is only effective to the extent that people believe in it. The spectacle needs to entertain faster than people's desires.

Ultimately, though, the Machine itself stems from mystery, persists within mystery, and will eventually collapse back into mystery. This is the only thing that gives hope.

Elull sees no hope (except in God but he does not write of this here) but he does mention "unpredictabilities." All technical solutions to technical problems have unpredictable consequences. Technique itself is bound by this. It cannot make itself perfectly efficient. Now, learning from chaos theory, we realize that the more complex a system is the more likely that small factors within the system will cause massive unforeseen effects. These, to the endless frustration of technique cannot be planned for. They are the "unknown unknowns."

They are the mystery of chaos bubbling up in the most ordered sectors of technical civilization. Mystery cannot be erased. Terrorist cells, computer viruses, epidemics, weeds through the concrete, illegal immigrants, bears in the cities, nervous breakdowns, farts in public -- insuppressible life! The more these are cracked down upon the more similar fissures of chaos will open up. Sixty years after Elull wrote his book we have all realized that mystery cannot be contained or disappeared. 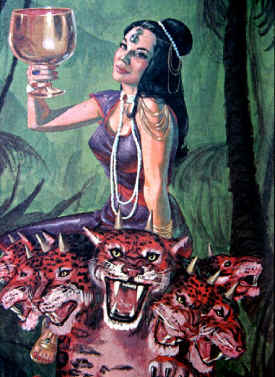 We worshipers of the non-dual mystery realize that technique emerged from mystery, will return to mystery and cannot destroy mystery however much it tries, but that technique is causing enormous suffering in the present hour.

It is destroying wilderness, autonomous cultures and unique ways of being. It is causing scarcity and extinction on an unprecedented scale. It is destroying all things worth living for and replacing them with consumer crap and toxic waste. In order to maintain its control it is turning the entire world into a police state fueled by endless war. It is a totalitarian nightmare.

From a non-dual perspective it is also one with everything else, but also from this perspective the suffering it causes is intolerable. As non-dualists we can either go with the flow of what is happening, realizing that it is only mystery continuing to unfold and watch our own lives, bodies and minds become increasingly mechanical devices within technique, or we can ourselves become factors of unpredictability and creativity.

This second option is really the only acceptable option. The only true way to worship chaos is to become chaos. Technique cannot be reformed or regulated. Reforms and regulations only feed into it, help to refine and expand it, tighten our collective noose. The entire technical civilization must completely collapse.

The harsh logic of the Unabomber (another inspired by Elull) makes a certain terrifying sense in this light: That because eventually (after it has utterly exhausted all of the Earth's resources -- after it has reached its absolute physical limit which is inevitable) the Machine will collapse and take everyone down with it, this line of thinking goes, it is better to destroy it now, potentially killing millions, then to wait for its natural collapse which will take out everything. If we successfully reform it we only postpone its collapse and therefore allow it to enslave more of life. Reform is not possible. Perhaps. But is its collapse really inevitable? Is the Machine's destruction of all life inevitable? The honest answer is no. Given mystery nothing is inevitable. It is also not certain, though, that if the Machine is successfully made to collapse that millions would perish. There is always hope for a miracle. Perhaps love will collapse the Machine -- very unlikely but this is the deepest hope.

There is also the chance that technique itself is accelerating towards the miraculous. As it advances in complexity it is also advancing in unpredictability ("our only enemy" according to Bushpig Sr.) Unpredictability increases to the point of singularity, where in all fields nothing can be predicted. This is beyond all rationality and speculation. It is information dark. This is beyond technique because it is beyond the rational and the efficient. It is beyond all categories. It cannot be determined if this is transcendence or collapse. This is the omega point, the bust of "2012" regardless, that we are all racing towards.

Perhaps in the desire for the collapse of civilization the non-dual anarchists are only one of a huge number of unpredictabilities like terrorism, computer viruses, etc., but also like globalization, mass media, inter-cultural exchange and almost everything else out there -- all part of mystery's plan to dive back into mystery. This is apocalypse and it is only apocalypse (either personal or global) which will bring the mythology of dualism (at least temporarily) to its conclusion.

The terrorists are bringing on the apocalypse. Obama is bringing on the apocalypse. The internet welcomes it. Pandemics welcome it. Psychedelics bring it on. "Development" hastens its coming. More police make it happen that much sooner. Doing nothing, sitting in meditation, only invites the collapse of all things. Suburbs, Disneyland, riots, shopping malls, rising stock markets, oil, iPhones, aircraft carriers, the flu, Miley Cyrus, overpopulation -- these are all symptoms. We must all be ready for it at any moment, from any quarter. To prepare for it will also cause it to happen quicker. It is the physical, psychical limit to the Machine and it is already here. Praise Mystery in her divine dance to total revelation.