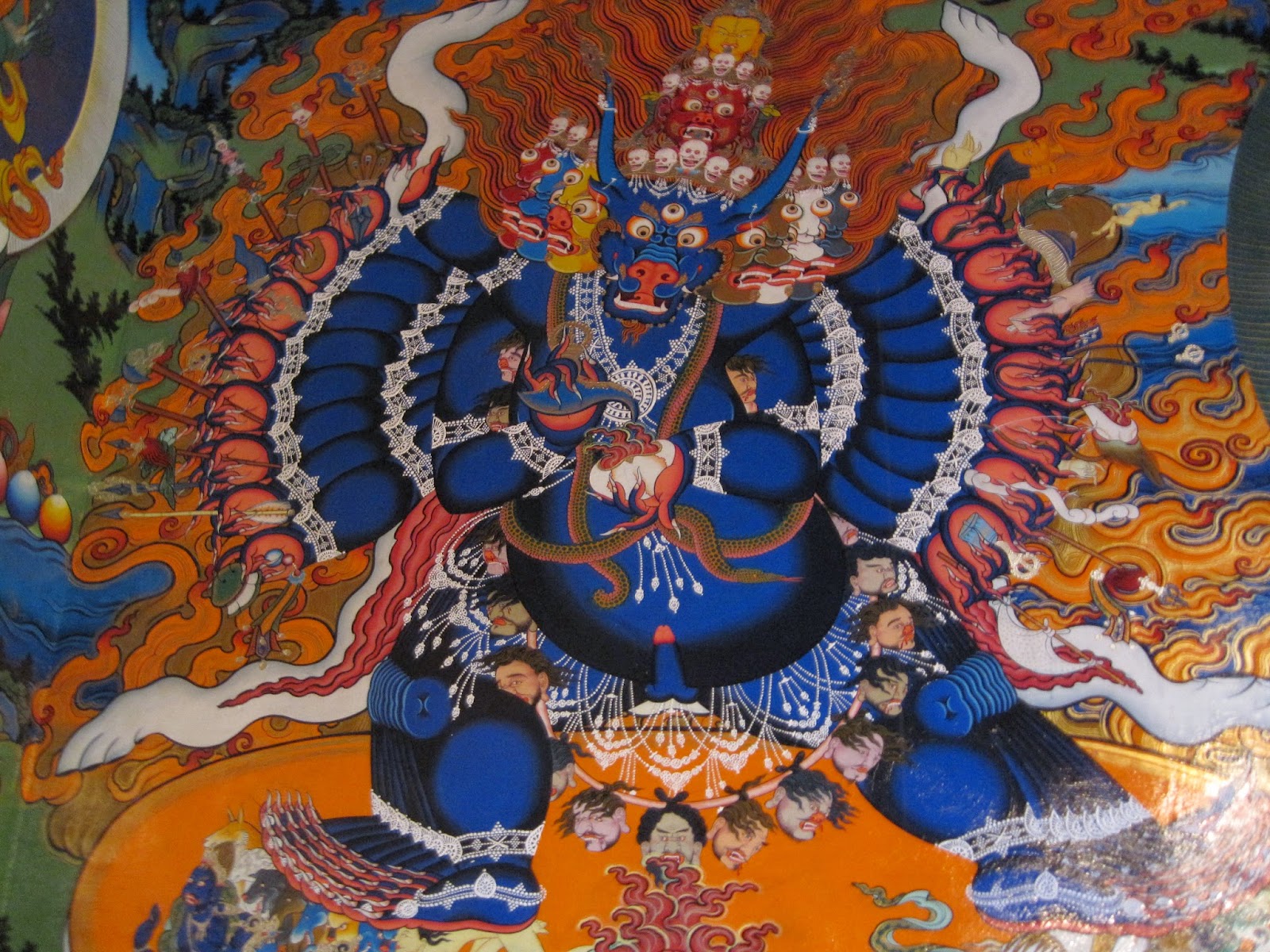 All Greece hates
the still eyes in the white face,
the lustre as of olives,
where she stands,
and the white hands.

Western Buddhism has it wrong, or at least it only provides an incomplete picture. For it, Buddhism is merely an advanced and profound realist ecology -- the self disappears in a web of relations that extends through society, nature and things. It is essentially a deeper look, taking to heart all of the ethical implications, of the current post-new physics, scientific paradigm. It is the perfect and complete gospel for the green movement. And it falls short of what Buddhism actually teaches.

It is true that the self is dissolved into a web of relations, but the question is what this web consists of. In one sense this could be the forces, molecules, organisms, ecosystems of modern science -- all of these entities are bound together by weavings of context as well -- but this web could just as easily, as it is traditionally, be composed of buddhas, bodhisattvas, maras, gandharvas, pure-lands, hell-worlds, etc. The nodes of the web do not matter. They are just as real/non-real as any other replacement.

Western Buddhists have no problem in contemplating that a particular bodhisattva is just a metaphor for a certain mind state. Here it is easy to conclude that these fantastic forms are only symbols. The Western Buddhist deems the traditional Buddhist's prayer to Avalokiteśvara as if he were a real being to be touchingly naive. The Western Buddhist knows the difference between metaphor and reality. But does he know that all of the entities that populate his realist ecology are in the same way metaphors?

Buddhism teaches that no thing exists in and of itself. In this way all things are empty. How we define the nodes in the network, how we distinguish one node from another, is also empty. A one-thousand-armed bodhisattva is just as real as a strand of DNA. Both are provisional metaphors. Both are eddies we have isolated in the tumult that we have given name and form to. Both are subject to continual change, to birth and death. Neither are isolated and eternal archetypes. 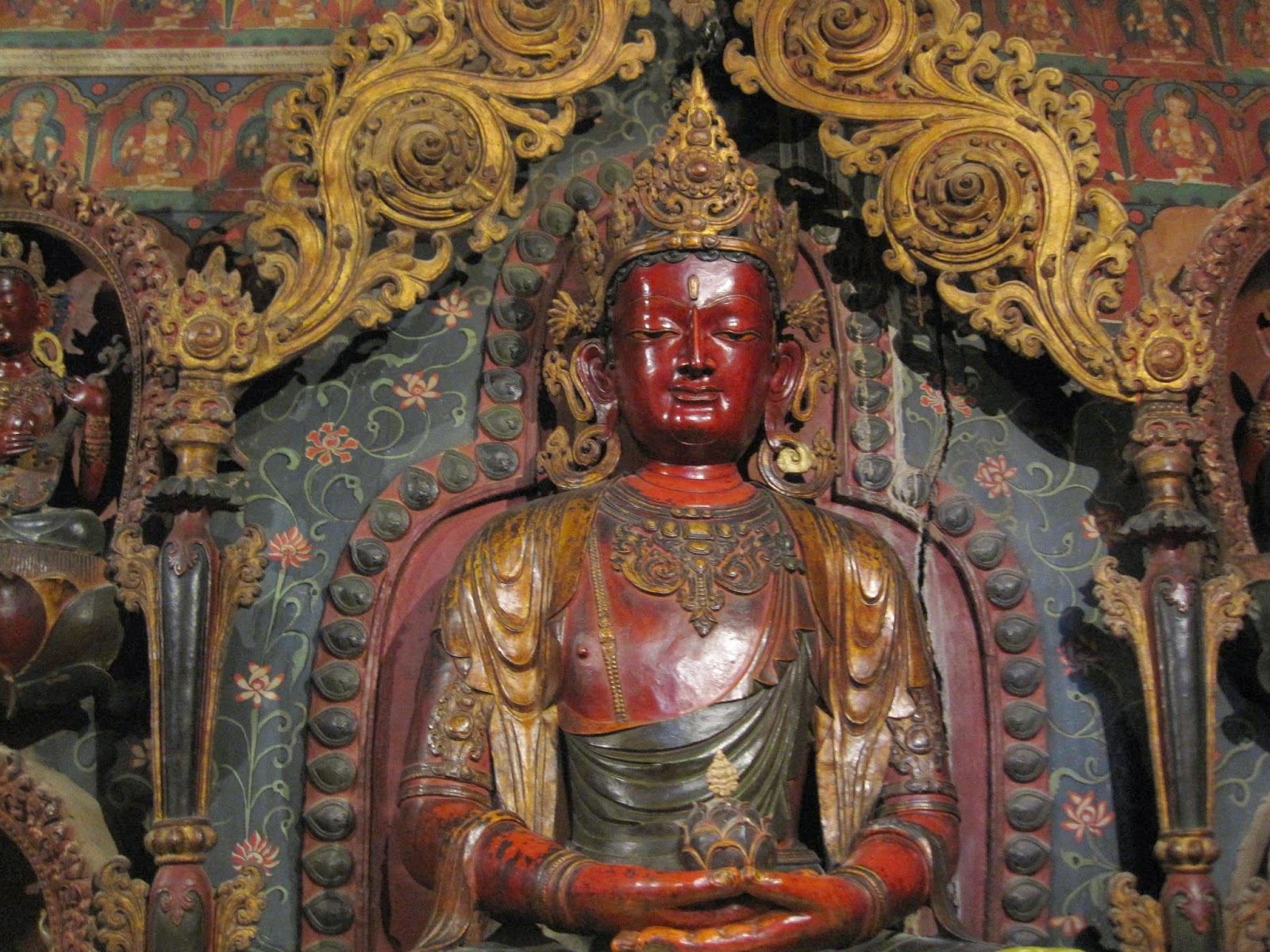 A non-duality also exists between fantasy and reality. The products of any culture's collective imagination, whether self-defined as "scientific" or not, are just as real as any other. Mara and the force of gravity are equally as imaginary. Both are empty and both are without self.

Western Buddhism, then, should be wary of taking the ecological worldview as a given. It too is a provisional construct, subject to birth and decay. It has certain wisdom to grant but so does traditional Buddhism in its own terms -- not subject to translation to modern ontology or psychology.

Perhaps all of the ecological problems that Western Buddhism is rightly concerned with are the symptoms of having any sort of worldview at all, not the result of bad science. Buddhism implies adrsti, having no attachments to any worldview, even an enlightened take on ecology.

To have no worldview, to fully embody the fact that all perspectives are empty, is to seemingly invite madness. This is not the case. Madness involves the dogmatic adherence to one belief system above all others. Buddhism demonstrates the provisional nature of all belief systems, including science and including itself.

Ecology may provide detailed models on how matter and energy are circulated within a network, but the demons and deities within traditional modes of thought may, as Jung often repeated, allow insights into human psychology far in advance of our current understanding of the mind. 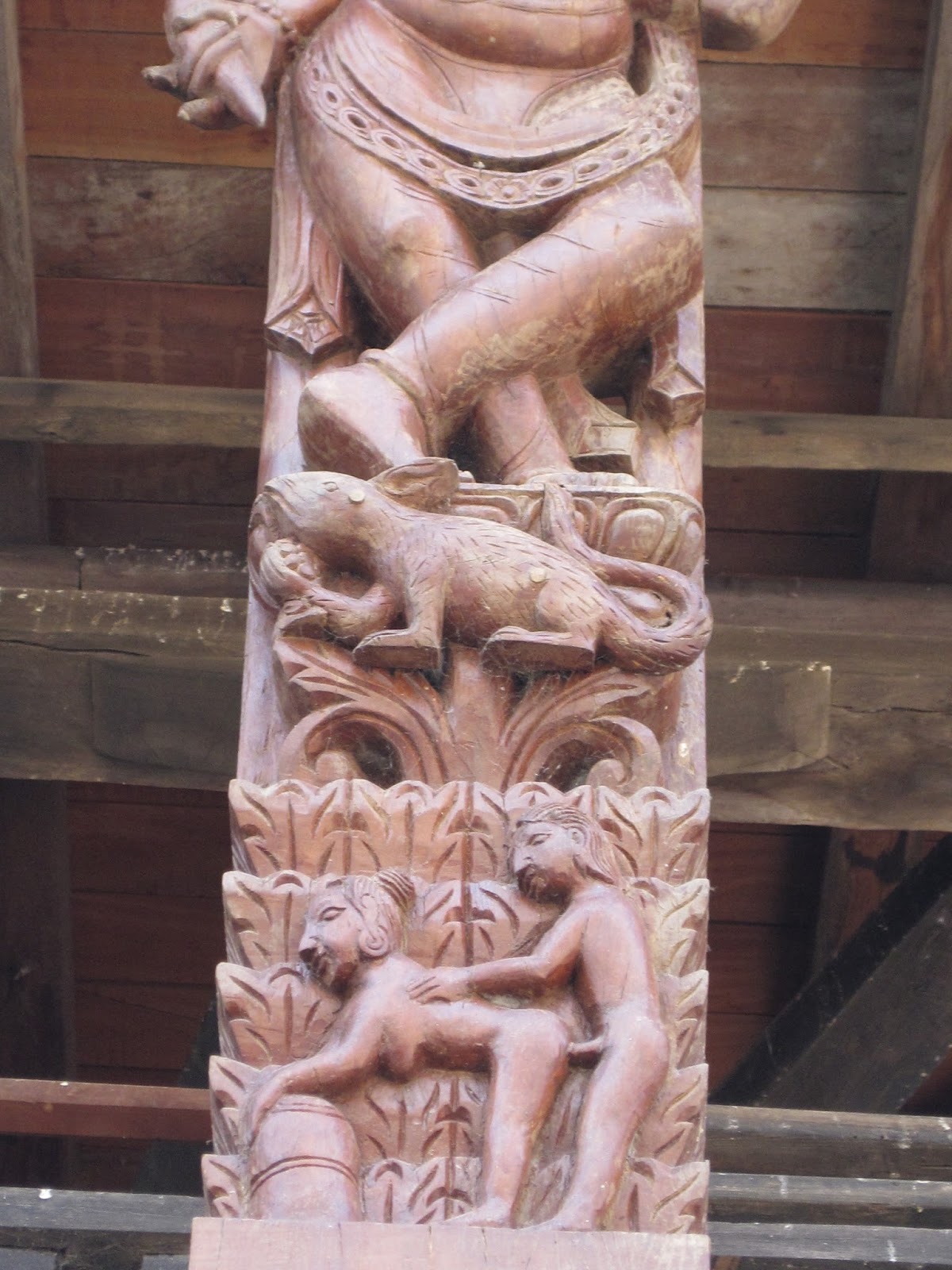 To have no worldview is to live in a space where everything is possible. This is a space of no general laws, only singular rules. All roads of exploration are kept open. Isn't it the case that all of our current problems have been produced because certain roads, like science and progress, have been transformed into superhighways, while others, like traditional tribal paradigms, have become dusty, hard to find back alleys which are no longer on the maps?

We do not need to collectively move from one worldview to another which is more "accurate," which the ecological perspective certainly appears to be, but we need to abandon all worldviews. This is a move into the unbridled imagination, a move which I consider Buddhism encourages us to make.

Just as there are no limits to imagination there are no limits (except that of ceaseless transformation which also marks the imagination) to the space of reality. In the end, Buddhism teaches that these two spaces are non-dual. When the Western Buddhists fully realize this the full mind-cracking will commence.


The love of a god with a goddess
Is but for the one night in passing,
So thin are the summer cloths!
The river waves of the sky
Have cut through our time like shears,
They have kept us apart with dew. 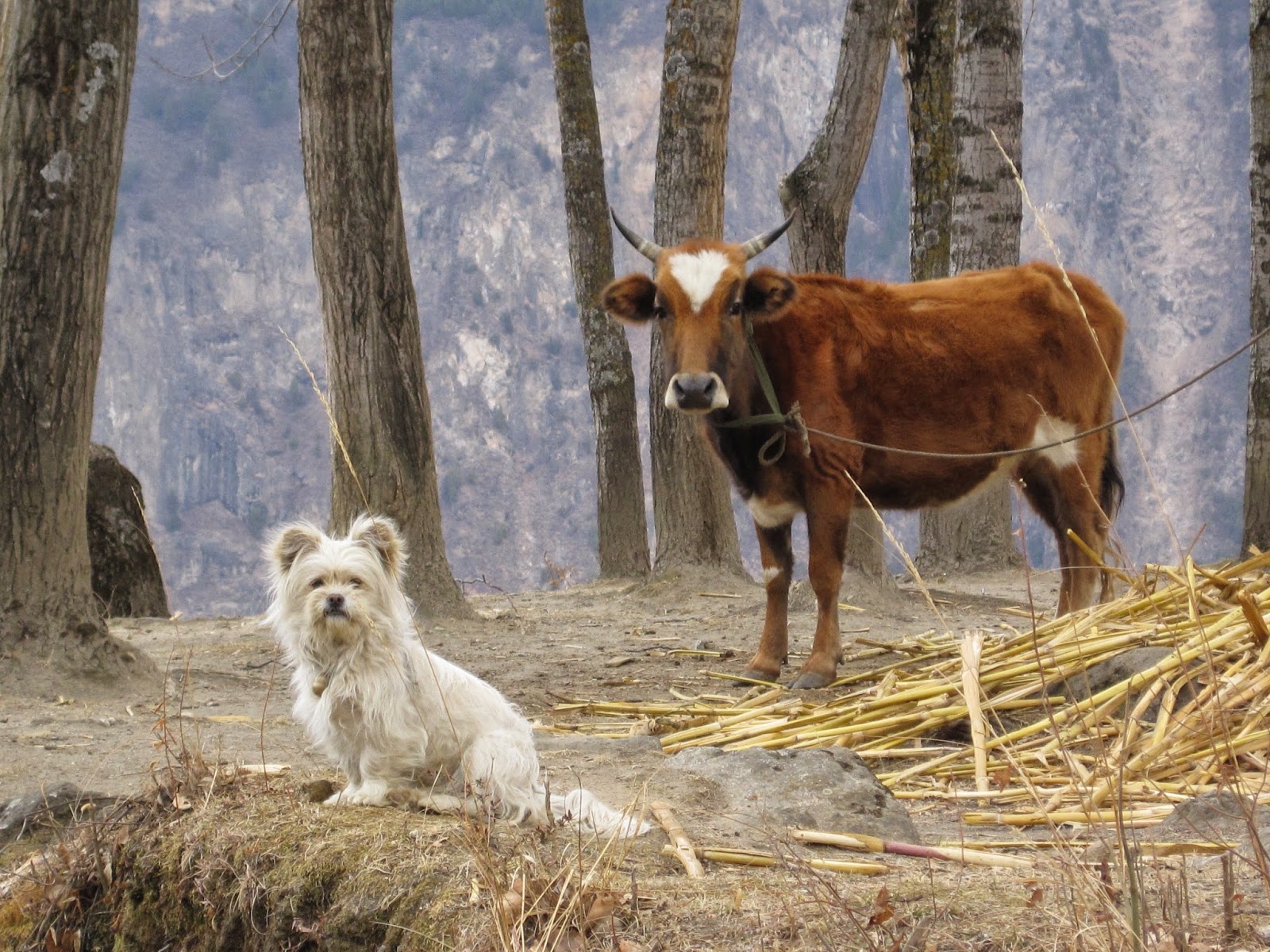