Towards the top of page four of Finnegans Wake -- the first full page in the book -- we are invited to an initiation. Strange words are found:


The repeating fragment within this incantation should be alarmingly familiar to anyone paying even remote attention to what is just below the surface of the current political insanity. The ancient Egyptian frog-headed god of darkness -- now incarnated in the guise of Pepe the Frog -- Kek, is openly invoked seven times.

Most of us by now know the story of how the at first ironic "worship" of Kek spread, by apparent synchronicity, from geek nihilist forums like 4chan to eventually becoming a revered and potent symbol for the entire alt-right/alt-lite subculture.

Kek/Pepe, regardless of the deity's own intention, has become a "symbol of hate," a banner and rallying cry of white nationalism and/or pro-Trumpism and/or sneering anti-leftism. Indeed, Kek's power has grown so strong that his adherents claim that it was his supreme amphibian malice that struck Hillary Clinton down on September 11th of last year and ultimately enabled Trump to take the White House. 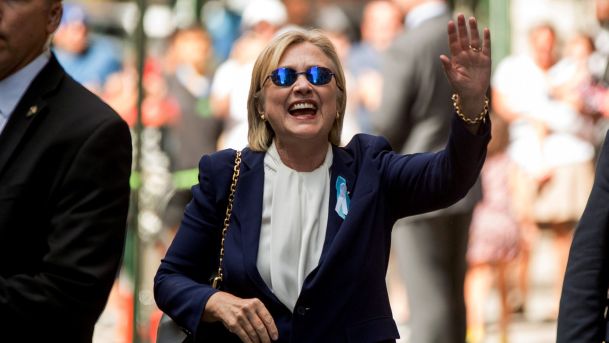 The story is weird enough on its own, but why is Kek seemingly summoned at the opening of Finnegans Wake? Total randomness? Yet more memetic magic? Coincidance? Or is something even more bizarre going on?

Digging into the Wake reveals a sliver of its secrets. The line, it is known, is directly taken from Aristophanes' comic play, The Frogs, written by the Athenian playwright in 405 BC.

The god of wine, Dionysus, and his noble and capable slave, Xanthias, have descended to the underworld of Hades in order to return the recently-deceased Euripides to Athens and so restore the quality of tragic drama in the city. In the vast and festering swamps surrounding the realm of the dead they are continually pestered by a chorus of frogs. They are maddened by the ceaseless chirping:


It will be noticed that the "kek" parts of the chorus are even more emphasized by Joyce than in the original. This, I think, is significant. The fact also that the creatures making the kek noises are frogs makes this, in my opinion, at least as striking as any of the coincidences linking the Egyptian deity to the alt-right. The connections, though, run much deeper than just this. The same passage on page four makes an undeniable link to the American far right and especially to the Ku Klux Klan. There are two K.K.K. sequences in the opening incantation and a few lines later we find:

Killykillkilly: a toll, a toll.


And if there is any doubt about the identity of this group, between the two lines is a reference to "the Whoyteboyce of Hoodie Head." The Whiteboys were an Irish nationalist group, but in the context of the triple Ks mentioned Joyce's additional meaning should be clear. The hooded white boys are members of the Klan, but in prophetic fashion typical to the Wake they could also be the white boys (Proud Boys?) of the alt-right, sporting hoodies and devoted to Kek. Irish nationalism becomes U.S. nationalism, white nationalism, Western chauvinism.

The whole opening paragraph describes opposition and conflict from the earliest times to the present.


Oyster-totem clans against fish-totem clans, Ostrogoths against Visigoths, patriots against imperialists. All of the turmoil and strife of history is reflected and reproduced in the battle of the brothers, Shaun and Shem. 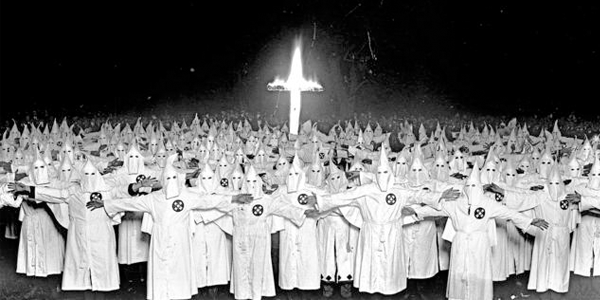 And in The Frogs this strife is also taken up. The main action of the play centres around what amounts to a rap battle between Euripides and the older tragedian, Aeschylus. When Dionysus and Xanthias finally reach the underworld, Xanthias asks about the noises of argument:


He is answered by Aeacus, a judge of the dead:

Aeschylus and Euripides -- At it again. We've had a great to-do down here -- amounts to a civil war, in fact.


He then explains that there is a "statute on our books" which stipulates that the most skilled craftsman of every art, such as the fine arts, poetry, etc., be allowed to sit next to Hades/Pluto at the god's dinner table. As it turns out, the stakes of this particular poetry slam are greater than ever as Dionysus decides that the victor -- who turns out to be Aeschylus -- should return with him to Athens, the land of the living.

The poetry battle is naturally quite comical, but scholars have agreed that the play hides a much deeper significance. The journey to the underworld is the central rite in the Mysteries of Dionysus. The chorus of Frogs is suddenly replaced by, or transformed into, a chorus of Mystics:


Now hear ye!
Call forth the Holy Child with song; summon the Babe Iacchus,
That he may join our pilgrim throng, votaries of Bacchus.
Thou who the fairest of festal music inspired,
Come seek with us, O Infant ever desired,
Thy Mother's fane,
And prove thee able to sustain
The toilsome course untired.
Iacchus, lover of song and dance, lead me on.


The Iacchus and Bacchus mentioned here are of course different titles of Dionysus, and as Iacchus, the god in infant form, he leads the torch-lit procession of initiates towards Eleusis at the opening of the Mysteries. These Mysteries most centrally involved Persephone's descent to, and return from, the underworld, but they are paralleled in Dionysus' own descent to the shadowy realm to release his mortal mother (and he is the only Olympian to possess such a parent), Semele.

The Frogs of Aristophanes' comedy are in a sense identical to the Mystics. The chorus both welcomes and challenges the would-be initiates on their journey to the depths. There is no evidence that I'm aware of that either Aristophanes or Joyce had Kek in mind when they were composing their works, but the Egyptian connection to the Mysteries was obvious to both writers.

No less an authority than Plutarch, himself an initiate of the Mysteries, identified Dionysus with Osiris and makes clear that he was merely following a tradition in doing so. Both gods, in a manner which is echoed in the initiatory visions of shamans worldwide, were dismembered and then restored to life and wholeness. Kek appears to have been a relatively minor god within the ancient Egyptian rites, but it is possible that there was something of him that entered into The Frogs.

What is certain, though, is that Joyce began the Wake with a descent to the underworld in mind, and in the context of an ongoing and universal conflict of opposites. He is describing an initiation or a plunge into the unconscious which can only be completed with the full, shattering awareness of the coincidentia oppositorum, the coincidence of opposites. This is the idea that if the individual terms of any set of opposites are spun out to infinite extremes they become identical to one another. In essence, therefore, every apparent contrary is the same.

This doctrine is a constant and all-pervasive theme or structural plank of the Wake, evidenced most readily by the widespread references to Giordano Bruno and Nicholas of Cusa. The coincidence of opposites is at the crux of Bruno's philosophy, and the idea can be traced back through the work of Nicholas of Cusa, to the Neoplatonists, to certain dialogues of Plato himself, and further on to the pre-Socratic philosophers, especially Heraclitus. Heraclitus was said to have received his own philosophy through study in Egypt. So "Kek" enters in again.

In the Wake, as mentioned above, the two archetypal and opposed forces or figures are the twin brothers, Shem and Shaun. Shem is the radical and Shaun is the reactionary. Shaun is the puritanical alt-righter and Shem is the degenerate libtard cuck. Shaun is an Irish nationalist and Shem, according to his brother, is an "Europasianised Afferyank!"

In other words, Shem is a thoroughly globalized and mongrelized citizen of both the world and nowhere. He is equally European, Asian, African and American, and is set against the purity of race, culture, language and nationality. It is evident, that while Joyce deemed both brothers as essential parts of the whole, his sympathies really laid with Shem.

Joyce often ridiculed the fascist posturings and affections of his fellow modernists like W.B. Yeats and Ezra Pound. In a letter to Harriet Weaver about the increasingly rigid trajectory of modernism, Joyce wrote:

...the more I hear of the political, philosophical, ethical zeal and labours of the brilliant members of Pound's brass band the more I wonder why I was ever let into it "with my little magic flute."


Joyce's own political leanings, as far as they were political at all, were individualist and anarchist, much like Shem's. But he was also a humanist and a universalist. He was equally scornful of British imperialism and Roman Catholic dogma as he was with xenophobic and narrow Irish nationalism. Beyond both the nation and the empire is the creative artist who, in a Blakean sense, creates his or her own system and is subject only to the Imagination. Priests and kings and presidents and parties are all worthless shams compared to it. Only through the imagination -- which at its full extent realizes that as all opposites coincide there is nothing that is not possible -- can the ascent from the underworld be made. Only through this can conflict momentarily cease (although this whole process is cyclical and not teleological and so endless) and the severed parts be fashioned again to a whole.

Jung called this individuation and the emergent image or archetype of this process is the mandala, but another image of this World Soul is the primordial man or person; Adam Kadmon of the Kaballah, Blake's Albion and the Wake's H.C.E.

H.C.E., introduced also on page four as Haroun Childeric Eggeberth (about as multicultural as you can get) and better known as Humphrey Chimpden Earwicker, is also called Bygmester Finnegan and could be named the Masterbuilder or Masterbilker, builder of towers and skyscrapers, or Donald J. Trump.

H.C.E. is the fallen version of Blake's Albion. His two equal and opposite sons (Shaun and Shem, Donald Jr. and Eric) have not yet been reconciled and fused. He is likewise severed from full union with his wife, A.L.P. and is twisted with guilt by his incestuous longing for his lovely daughter (say no more!) He is the Fallen Man, the cosmos in chaos, the maimed king of the Waste Land.

Joyce would find it hilarious, but not really surprising, the the chosen deity of the alt-right is being invoked on the first complete page of his last work. Hilarious because the alt-right is so laughable. Laughable because it is a half, and an ugly half, that takes itself as a whole, and even more laughable because it represents a half that is most opposed to any sort of reconciliation or even inclusion.

And pathetically laughable because it dares to invoke a god of darkness (who the alt-right already has severed from his female counterpart, Keket, the light) that it does not understand, and defiles rituals and Mysteries that could possibly still lead it to wisdom.

The cult of Kek, at the very opening of Finnegans Wake, has been long predicted and has already been made obsolete. The only thing left is to track its demise. The renewed Mysteries of Kek & Keket, Darkness and Light, will follow in its wake. The fallen man will pass, and with him all vestiges of both Nation and Empire. From the bottom of the pit the ascent begins.

All these do I warn, Begone, begone! Avaunt! is my stern exhortation.
Make way for the mystic, the pure, the artistic, who, roused by a holy elation,
Will dance till the dawn and will rest in the morn, as is meet for this fair celebration.