(This piece was written for inclusion in a coming art exhibit by Dennis Koch. The exhibition will open in Los Angeles on 6/23, and will also feature the Crypto-Kubrology research of Alex Fulton.)

It was Blake who prophesied that the senses would once again combine and permeate the entire surface of the body. No longer would seeing, hearing, smelling and tasting be isolated to the head but would, like the sense of touch and synergized with it, be coextensive with the skin.

This would not mean, however, that the skin would be covered with tiny eyes, ears, nostrils and tongues, but that it would be radically transformed into a synesthetic sensory medium in which one blended super-sense would perceive with the whole body -- ubiquitously and omnidirectionally -- all possible sensory data; at once an ever-changing kaleidocosm of blended colours, sounds, smells, tastes, textures and emotions.

This synesthesia of enhanced touch, which Marshall McLuhan may have ultimately meant by the haptic, is not, according to Blake, an exotic and unrealizable fantasy, but is in fact the birthright of our physical form. This is the true nature of the human body: created in the image of God before the Fall.

Nor was the body meant to be isolated -- male and female He created them. The body was made for communication, copulation, procreation, subsequent creation. All-sensing skin in blessed union with all-sensing skin. An unending shower of perceptual grace, in no way confined to what are now called the organs of reproduction or the genitalia, in every way exceeding or transcending the sexual. The same power that fires the Sun is generated by this coupling. And, as taught D.H. Lawrence, it is this power of life which causes the Sun to burn and not the opposite. It is the apotheosis of the making of love. 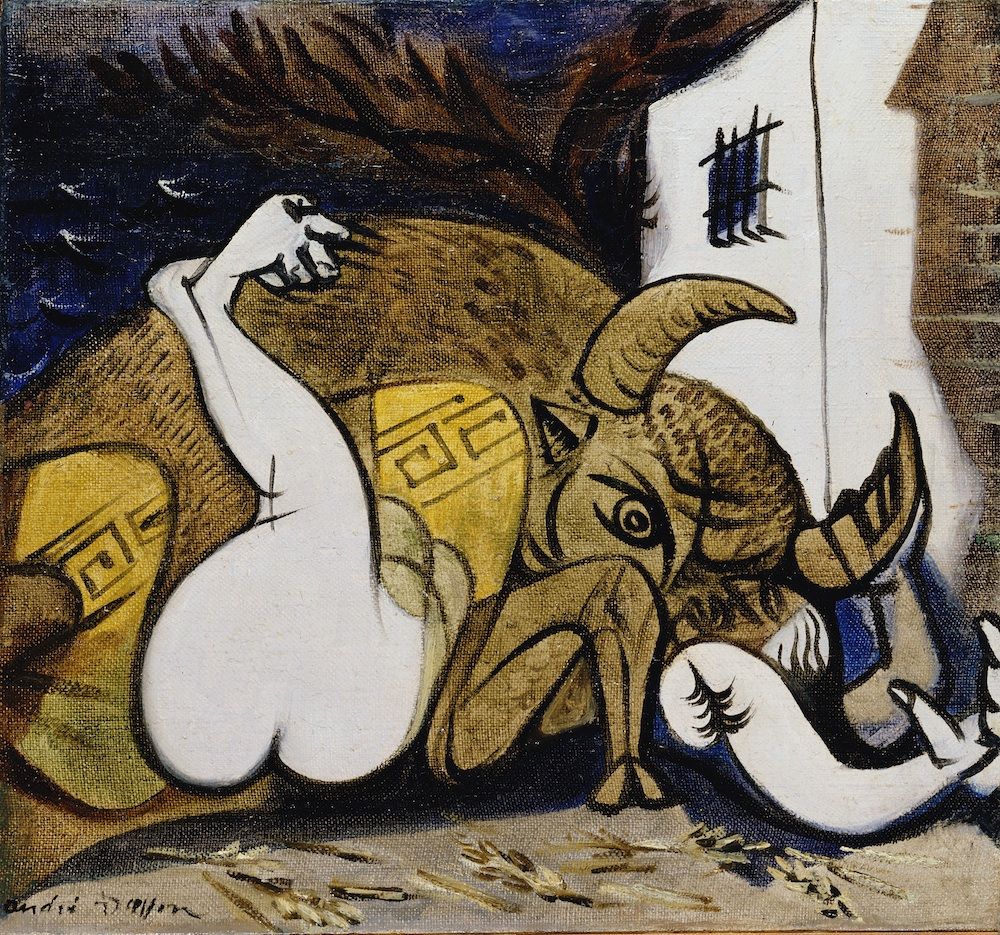 This urge, this snaking and riverine intensity, flows up from the lower extremities of the body, absorbed by channels of marrow and blood and breath, rising and recombining at various confluences, gathering at the heart -- “the cardiac synthesizer” -- where it is churned alchemically into pure imagination, spiraling up to the brain and beyond and then descending in circuit through contact of skin with skin. Perfected perception of the one in total sensory awareness of the perfected perception of the other. Instant manifestation of all percepts/concepts (there being no distinction between the two) as something indistinguishable from both imagination and love.

McKenna spoke of telepathic cephalopods -- octopuses and other marine animals -- who communicate through the rippling and gyrating of patterned colours and lights on the surface of their bodies. Meaning is not something to be heard in communication with other individuals of one’s own species but beheld. And the same could also be true for our prelapsarian forms; not only perceiving and receiving but also emitting and transmitting dancing lights, colours, sounds and fragrances. Communication as sensual synesthetic simultaneity.

Here, McKenna is less anthropocentric, less biblically oriented, than Blake, although he is much more concerned with being considered “scientific.” Blake could care less about literal and scientific “facts.” A thing is true if it is affirmed by poetic vision. In such a vision, the unified sensorium is reflecting upon itself. But, as in McKenna’s thought, there is no need to limit this to the human and still less to any one particular human story. Nature in each of her ever-transforming aspects consists of a myriad of organs of perception, each perceiving the other in a nearly infinite variety of designs and forms. And as human perception has fallen -- the senses isolated from one another -- one sense, notably sight, dominates the rest.

Yet what is the Fall? What characterizes it? The Bible explains that it was brought about by sin, but that only begs the further question -- what is sin? Nietzsche’s answer is most lucid: sin is separation. Separation of the senses from each other. Separation of human beings from the rest of nature. Separation of reason from desire. Separation of male from female. Separation of Man from God. Separation of subject from object, of self from other, of figure from ground, of mind from bodies, of bodies from their crafted extensions.

And of these extensions language itself is most important, being the scaffolding of all subsequent technology. After the Fall -- and it matters little if this is expressed in mythological, psychological or biological terms, each of these being merely different stories within language -- language became split off from the things that it referred to. In effect, language as we have always known it and can presently conceive of it was born at this point.

Within the Abrahamic religions, as in the progressive and evolutionary ideologies that spun off from these traditions, this moment of return is projected out into the future, into the “to come.” Yet time itself is a product of separation, of the Fall. Prior to the Fall there was no time. As the two terms, Fall and Redemption, are logically linked -- the one necessitating the other -- the existence of the Fall implies the existence of the Redemption. It will come. A timeless state has happened and a timeless state will happen again, and from the perspective of either, these two states are the same. For either, there really was no lapse into time. There was no Fall to begin with. In the timeless state -- sub specie aeternitatis -- nothing has fallen so there is no need for redemption.

The coming of Christ, His Incarnation, has already negated all of history. The Buddha’s awakening under the Bo tree accomplished the same. In fact, this mighty event occurs continually although it only really happens once. At every fraction of a second -- being a meaningless division of an illusory condition, time -- our perception paints a universe onto the void. Nature is perpetually incarnated. There is nothing to wake up to for we were never asleep. The perceived dreams and nightmares, and the cycles and patterns containing both, are all part of the mix.

Hell, purgatory and heaven are equally present, a fluid palimpsest of worlds and dimensions. All stories become true, each a branch or a twig of some living and breathing and breeding Orphic saga of existence. The elves are here, as are angels and demons, as are subatomic particles and wave functions, as are the gandharvas and the duende, plants and animals and fungi, each moving at different rates, each arising and passing, each supplying food and inspiration for the others. And each also non-existent for exactly the same reasons. None are complete in themselves. None are apart or autonomous. All sins have been forgiven long ago.

Already, then, the senses have been perfected and fused. The world of our perception -- the only world that we have access to -- is even now a sublime synesthesia. The psychedelic plants prove this. Consciousness is malleable. And the plants themselves are unnecessary. They, as with other techniques used to induce visionary experience, may tweak the mind into providing glimpses of the eternal, but it is a mistake to say that they, or even more reductively the chemicals contained in them, cause these experiences. They only remind us of what is already there. 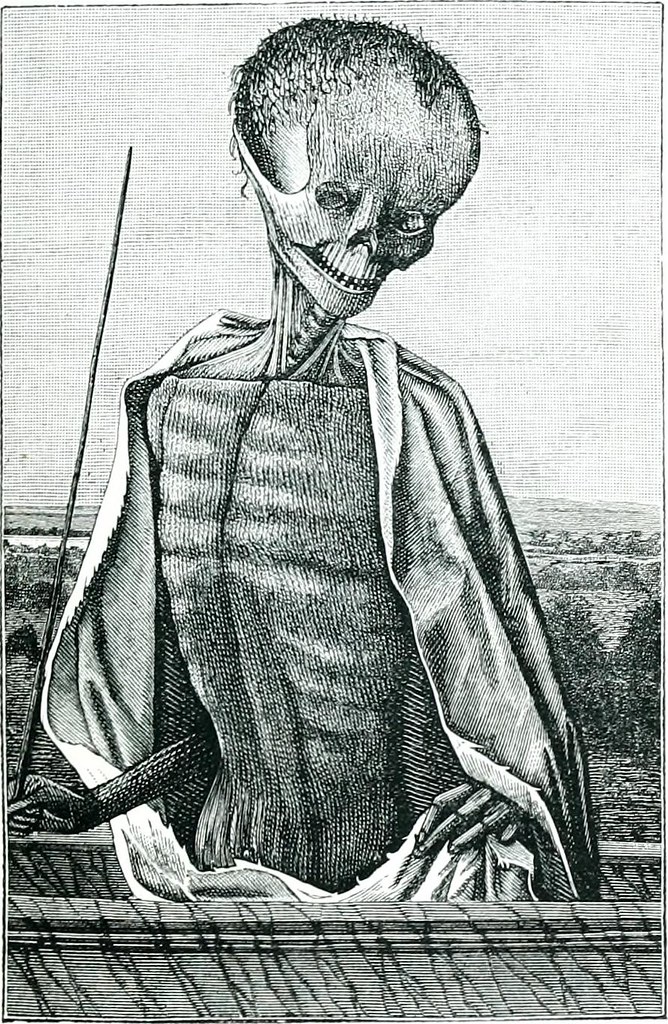 Just as the body is not isolated from other bodies, there is no definite boundary to the mind. In his psychological studies, Jung could find no limit to the unconscious. Even to call it a collective unconscious is to mislead. For what is it a collectivity of? Eventually Jung identified it with the classical idea of the World Soul or the Anima Mundi, which both Yeats and Joyce referred to as the Great Memory. The Soul of the World, like each individual soul, is everything between the two impossible poles of pure matter and pure spirit.

The body, alive and sensing and also "collective" -- Albion and Finn and Adam Kadmon are all names of it -- is also synonymous with this. All of matter may make up this body, all of nature certainly. And the composition of the World Soul-Body is also language. The word made flesh, the flesh made of words, of verse. And this is what is seen in every sight, is heard in every sound. It is combined and projected "outwards" with every sensory experience.

The cycle of fall and redemption, a cycle found at every level of existence, is actually a cycle of forgetting and remembering afresh. The ancient art of memory, embedding the archaic systems of connection and correspondence which seethe in the heart of all magic, has for its end a general anamnesis, an awakening to the eternal.

The Muses being the daughters of Memory -- a fact of myth that Blake curiously disputed -- means that the cycle of the imagination itself, of image-making, of secondary creation, of perception as incarnation, is exactly this cycle. And to be more precise there are endless cycles within cycles, occurring at different speeds and seasons, eddies in the World Soul, at different stages of dreaming and waking, each perceiving the others, all perceiving the all. Media extending language extending breath extending wind extending starlight extending love extending the generation of haptic images in the heart. 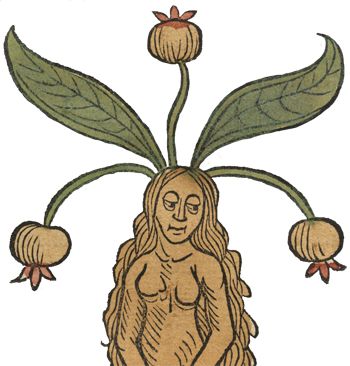