What Moves the Sun and Other Stars

I must create a System or be enslaved by another Man's; I will not Reason and Compare: my business is to Create.


Blake was entirely correct. We are trapped up and until we create a system of our own. We willingly lend our imaginative attention and power to those hidden architects of reality instead of using this power and attention to forge a realm completely of our own making. 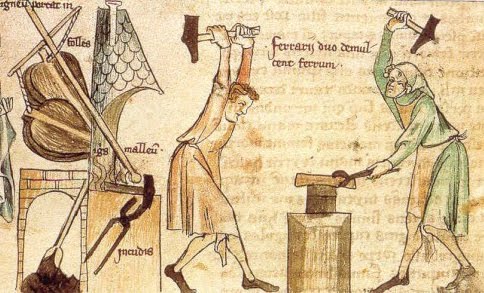 The imagination is the universe. It is the infinite space of all possibilities. It makes no sense to characterize it as individual or collective. This distinction is merely one possible facet of the imagination. All such distinctions are similar facets.

The imagination can either build on previously imagined patterns, and this it usually does, or it can start from scratch. An entirely unique creation from absolute nothingness is extremely difficult and so does not happen as "frequently" -- as if time was something outside of the imagination, which it is not.

Smithy of the Soul


What we call the physical world, history, reality, is a vast lattice-work of perpetually moving overlaid patterns. These patterns persist because they are beautiful, effective, powerful, etc. Those who are able to imagine, and this cannot be clearly identified or defined although certainly individual humans seem to be able to do so, allow these patterns to continue. They allow this by not imagining anything differently. This is how reality remains more or less the same. This is why "evolution" progresses so slowly. 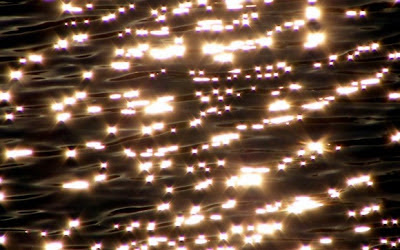 Those who imagine and create, to a relatively small yet not insignificant extent, are called "artists." Usually artists employ various media to convey their creative visions. These visions only by gradual dissemination may begin to alter reality, and by doing so these artists are said to be great, but they do not use reality itself as a medium for their art. This is largely because they are also convinced of the "laws" of this reality. But there are no laws, only the imagination.

Those who do use reality itself as a medium for creative expression are the "magicians." Magic is their means to alter reality according to their will. Magicians, of course, are of greater and lesser power and this is determined by to what degree they have discovered that the "laws of nature" are only manipulable illusions. A very powerful magician can alter reality entirely. 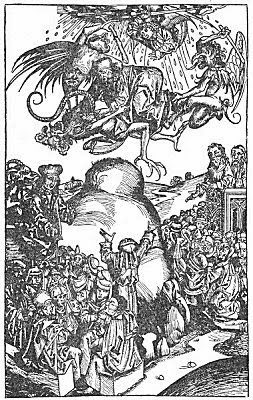 Greater than magicians, though, are those who can create whole worlds, whole realities with the power of their imagination. These worlds are not merely something akin to literary creations, like Tolkien's Middle-earth, but are realms which these gods can exist within.

Each god can allow greater or lesser degrees of freedom to imagine to those entities which populate his world. In any case though, any entity, any pattern of imagination, is able to imagine to the highest degrees. A god can only try to limit this by deception and subterfuge -- thus the "laws of nature." The greatest gods, as indicated above, can create something entirely unique from nothing.

Even the greatest gods, however, are insignificant compared to those who have become unified and nullified in the imagination itself. These beings have the capacity to create and destroy all possible universes. There is no limitation to them and to even label them as a "being" is to be mistaken. They can take any form -- from a microbe to a galaxy -- and they can inhabit that form for an instant or an eon. Even the gods are playthings for these "Buddhas."

The Buddhas can be all compassionate or all destructive. Life and death, bliss and torture, are the same for them. But for them to have reached a stage beyond Godhead has meant that they have given up all last vestiges of the Self. Their actions, if they have any, are naturally compassionate because they have no self to benefit.

Everyone who is not an artist, magician, god or Buddha is being manipulated, to different degrees, by any and/or all of these. Our world continues as it does because we allow it to do so. There are multiple layers of control and manipulation -- work, family, tradition, religion, government, society, style, advertising, the laws of physics, God, culture, sex, identity, architecture, habits, reality, etc. -- but to break through all of these veils, layers and attachments is to become more free. There are even more -- our senses, our bodies, our notions of the possible -- all of these must be overcome.


We condition ourselves, and are conditioned, to accept things as they seem. Even the spectrum of our consciousness is limited by social and legal dicta because those that control fully realize that the world begins to change when perspectives and perceptions are altered. The more radical the shift, the greater is the potential for change. Things remain more or less the same when boundaries are not crossed. Transcending categories and forming new ones is the way of Art and Magic.

Where are there any real limits? There is no origin of civilization. The cycles of development and decay are endless. There were countless unknown civilizations before our own. Space, as most concede, is infinite. There are innumerable galaxies teeming with every possible life form. Inside ourselves, in our own imagination, there are galaxies without number. 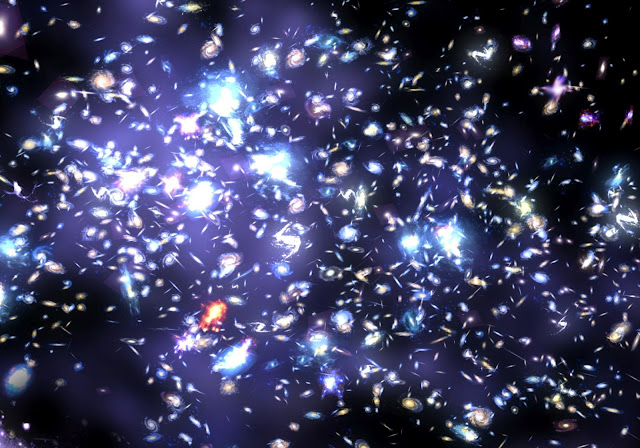 Our five senses limit us to a small spectrum of waves. There are many other senses. There are countless things that escape any detection system we have ever devised. Even now we are being interpenetrated by spirits who also dream...

Dreams are as real as anything experienced in waking consciousness. So are hallucinations and visions, so is myth, so is fiction. It is all occurring equally without start or end. Maya is the bubble film we live upon and take to be a world. 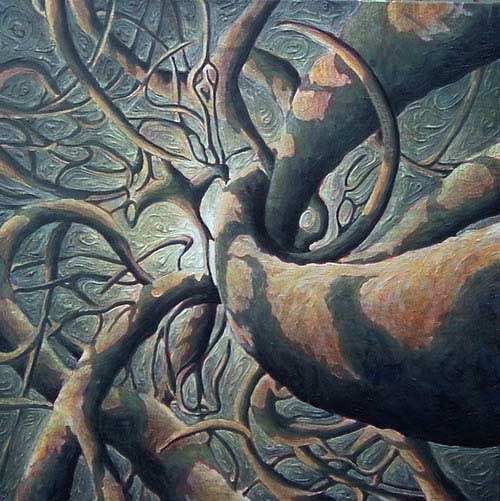 Lucid dreamers are those, true magicians, who have awoken inside of the dream and are thus able to play with its game rules. They have split open the matrix and are able to attain "powers" -- these are the "siddhis" of the yogis and shamans. Life is also such a dream requiring lucidity.


We live in a world dominated by competing and cooperating covens of magicians, of orders of great antiquity, who worship the gods (or God) of this world. Our belief in their reality reinforces its strength.

How to escape? Easy. Disobey, disengage and create. Break down more and more categories and knit a webwork of your own. The patterns, of different scale and frequency, run through everything. They are the ripples of the imagination. Learn to surf on them. Bring their influence into your consciousness by attracting them with sympathetic forms. This is the essence of magic -- to create resonances from the macrocosm to the microcosm. Synthesize don't analyze.

The Buddha is at the centre of the web. He is the spider. But as the web stretches out into infinity there can be no centre except at every point. The real centre is at our own hearts. The whole phenomenal multiverse, the kaleidocosm, has its roots in the heart. The imagination shines out from this point and all of the illusions of this world are ripplings of these waves of light. They are synonymous with love.


The path to the heart is the one path to Buddhahood. On it spans the treacherous rainbow bridge, the wormhole portal of Da'at, the sinister Lurker at the Threshold, the anima in her Durga form, our blackest shadows, hell worlds, the dark night of the soul, madness, identity dissolution... 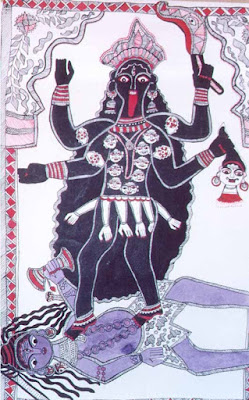 It is the labyrinth and the mandala and the talisman. It is the way of the Hero. Every step towards the centre leads to union with the imagination. Every step away from it leads to further entrapment in somebody else's system. To reach to centre is to integrate all of the shadows into one's self, ultimately annihilating the Self. This is hierogamy with the Great Goddess, Imagination, also called Sophia, also called Prajñāpāramitā.

It is only her that fascinates. Creator and Destroyer and beyond both. We aim to entwine with her. We want to be devoured. She is the hairy minotaur of our hearts. She is the cosmic lingham in the yoni. She is where all opposites meet in ecstasy. She is all worlds, all lives, all deaths. All other gods and demons are but partial reflections of her temporarily acting, although many eons may have passed, as autonomous selves. They are also ripples, patterns. There is no actual creation from nothing as nothing is also She. And She, alone, is creation.