A short note on Method

It is a good moment to briefly write about Method. It may seem too obvious to note, but this blog and the shifting community of similar blogs and researchers are not using the scientific method. We are not scientists. Perhaps we use the tools, observations, theories and metaphors of science but we apply them for our own purposes. This is a good thing. The scientific method is too limited for our project, and it actually might be a barrier to reaching our goal.

The scientific method is great for finding information that is universal, reproducible under laboratory conditions, and can be objectively and mathematically verified. Unfortunately, what we are looking at does not necessarily meet these conditions.

We are examining the interrelation of outer space and inner mind. This is inherently subjective, singular and deeply personal. Because of this our methods are also very different from those of modern science. We are a lot closer to the Medieval alchemists and Renaissance hermeticists than we are to modern scientists. Again, I think this is a good thing.

We begin with intuitions. These intuitions are "confirmed" by synchronicity, and through synchronicity we start to discern a pattern. This is exactly how traditional tables of magical correspondences were established. Sensitive people, likely shamans and sages, noted the synchronistic linking of certain "symbols" -- the moon and silver for example, and derived tangible effects by harnessing the power of these associations.

Magic grew out of similar systems of correspondences. Inner and outer patterns were not separated as they are today. Every object, every person was seen as being a reflection of the whole. In this way everything was entirely connected to everything else. This is what we are beginning to realize again.

In a sense, then, our method is exactly magic. Magic, even now, is taboo because it works. It works because, more than any other system of thought, it understands that the nature of reality is linguistic, even poetic, and through manipulation of language we can alter reality. The universe is not a vast law-bound machine. It is a dream. The shamans and magicians knew this and this is being rediscovered.

What the Gnostics called the Archons, the powers and principalities of this world, are able to maintain power over the world because they monopolize these magical methods. They have convinced most modern people that effective and novel knowledge can only be gained through science. Most people are not scientists, and most scientists are narrow specialists, so people resign themselves to never being able to discover anything new about the universe.

People are starting to see through this lie. Each individual is the master explorer of his or her own consciousness and encapsulated inside this consciousness is the entire cosmos. This is the primary secret that the Archons want to prevent people from knowing. If this was revealed fully their reign would immediately end. 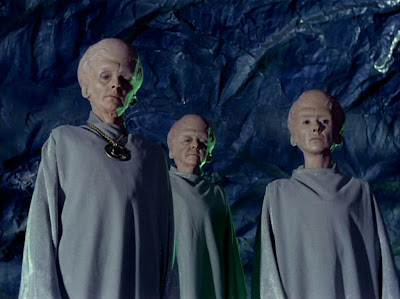 An essential plank of the Archon's spell is the deception of linear time. We are conditioned to believe that C proceeds from B which in turn is caused by A. All events have immediately prior causes, and usually we are also provided with the Official Story of these causes.

What the shamans, magicians and poets realized, though, was that all times and places exist at once. Everything is simultaneous and ubiquitous. We really exist in the Eternal Now. Eternity is not infinite duration, but a singularity and a simultaneity of everything at once.

This is why our method is so radical. By making more and more connections, and most importantly by imbuing them with deeply personal meaning, we are breaking down the tyranny of linear time and causality. Once this goes all other control systems will quickly collapse in tandem.

We can get a lot of help with this Herculean task. This was also the aim of Joyce and Blake. This was also the task of all of the great epic poems from Gilgamesh onwards -- to present the entire tapestry of human imagination in one work. This is what I see that all of us are trying to accomplish. 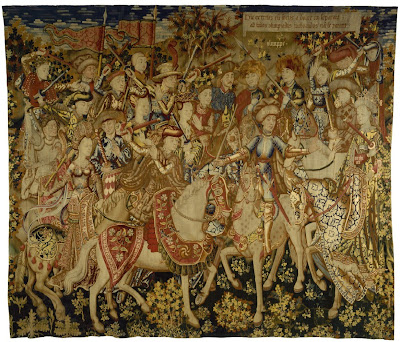 In a sense, then, we are not trying to find some Truth that is Out There. There are no facts, as Nietzsche taught, only interpretations. In this way we differ greatly from the "Truth Movement." There is no Real Story to unveil behind transformative events like 9/11. To assert otherwise is to build yet another foundation, yet another Official Story. By attempting to do this we keep the Spell firmly intact.

These events represent immensely powerful occult workings and it is our job to prevent them from being frozen into any one interpretation. Their energies must be released by forging pathways of connection to all things. Power, both physically and symbolically, must not be monopolized.

It has now been eleven years since 9/11, which coincidentally or not was also a Tuesday. Even now people are continuing to die in direct consequence of this event. Despite the heroic efforts of members of the Truth Movement -- which has awakened millions to the fact that the Official Story is a lie, the reigning powers seem more resolved than ever to let the entire system collapse before they reveal what really happened.

What realistically did we expect? Did we think that justice would be served? 9/11 is just too big, it has had too much of a historic impact, for TPTB to willingly shatter its myth.

The 9/11 Truth Movement has very similar aims and expectations to the UFO Disclosure Movement. Both hope that ultimately the system will blow the whistle on itself. This is not likely to happen. Instead, we do not have to demand or wait for a "disclosure." We already know that things are not as they are presented. Why do we need the system to admit this?

The only reason why it would do so is if it could no longer ensure its survival except in disclosing the "truth" -- in other words by trying yet another trick. Instead of waiting for this to happen, instead of letting ourselves to be spun into a tighter turn of deception, we can use our knowledge to further fragment the ruling Spell and to begin to imagine for ourselves. Let this be our aim and method.
Posted by znore at 10:24 PM