When common objects in this way become charged with the suggestion of horror, they stimulate the imagination far more than things of unusual appearance; and these bushes, crowded huddled about us, assumed for me in the darkness a bizarre grotesquerie of appearance that lent to them somehow the aspect of purposeful and living creatures. Their very ordinariness, I felt, masked what was malignant and hostile to us. The forces of the region drew nearer with the coming of the night. 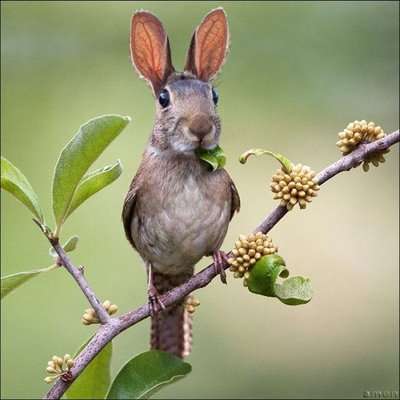 If we accept for a moment the current line of the U.S. "intelligence community" that the so-called alternative media, mainly Internet based, is almost entirely under the sway of Russian disinformation, then it is instructive to examine the themes and memes that are being proliferated. Conspiracy theories are the most obvious example of this, but even these theories are far from conventional.

For any event of political importance, and now this includes almost every event, there exists not just one conspiracy theory that purports to explain it, but a multiplicity of clashing theories. Even the "official story," once a bedrock of deluded stability, is likely itself to be little more than a widely publicized rival conspiracy theory. There is literally no way to check what is real and what isn't.

Photography, audio and video can be seamlessly doctored, made to appear either "real" or "fake" or to provoke controversy one way or another. The reality of entire "events," experienced by most of the population only through the media, is wholly denied in some quarters.

The massacre of Sandy Hook from this perspective, for example, did not really happen. Anyone shown in media footage in this and in similar mass shootings and terrorist attacks, are only "crisis actors."These are no longer "false flag" events but "fake false flag" events, designed to terrorize the masses yet also to destabilize the "awake" few.

But beyond even these reality distorting phenomena, are Internet "movements" obsessed by renewed flat Earth theories and the "Mandela Effect." Perhaps even our notions of the environment and the planet that we live on are completely false, only a mass deception. And perhaps our collective memories are either entirely mistaken or there exist multiple timelines in which even subtle things are disturbingly altered.

Maybe Nelson Mandela really did die in prison. Maybe New Zealand was once a lot closer to Australia. And who doesn't remember reading the Berenstein Bears? Any glitch in our memories could be the result of multi-dimensional conspirators flipping and photoshopping the timelines. Nothing contained in time or space can be trusted. All can be manipulated. There could easily exist breakaway civilizations, secret space programs, time travel, mass hallucinations, extraterrestrial contact. All of this could be true.

But if we accept, for example, that space aliens are behind the Deep States of all advanced governments, then what would this mean? It would mean that anything could be possible. We would have no idea what technology these advanced beings possess, and we would have no idea how these technologies could affect us. Anyone who claims to know the objectives or potential of such aliens is deluded or joking or making the whole thing up. The alien ability to deceive the human mind would be infinite.

And, like the AI, the existence of one alien race would almost necessitate the existence of others, each trying to manipulate human reality according to its own arcane objectives. And each race's means of doing so, as in Isaac Azimov's outworn quote, would also be quite incomprehensible.

Any sufficiently advanced technology is indistinguishable from magic.


Rival manifestations of "magic" might become evident anywhere. Or, even as certain scientists and Silicon Valley tech moguls are suggesting, maybe the universe itself is a simulacra, a computer program designed by an unknown programmer/Demiurge. If this were the case then Trump, the Russians, the nooscope, the multiple races of competing and cooperating alien overlords, and me and you are all just lines of code.

But even in this instance, why stop here? Why not, like the 1973 German film, World on a Wire, suppose that for each matrix there is even a higher matrix? And perhaps there is no ultimate origin for these matrices or they eventually loop back upon themselves, an endless continuum of programmed universes producing other programmed universes. And yet these are all just scientific/pseudo-scientific metaphors.

But what if "science" is also part of the cosmic scam? Might not the alien overlords be better described, as in older and more lasting belief systems, as ancestors, fairies, gods, demons, Archons? We have reached a stage where no explanation can be comfortably dismissed. It may seem strange, but it is the conspiracy theorists themselves that lack imagination.

Or is this going way too far? Are all of these theories -- from the flat Earth to the multi-layered matrix -- merely aspects of disinformation campaigns disseminated through the "alternative" media in order to waylay attention and muddy the waters from the actual conspiracy which is in fact only parapolitical and very human? 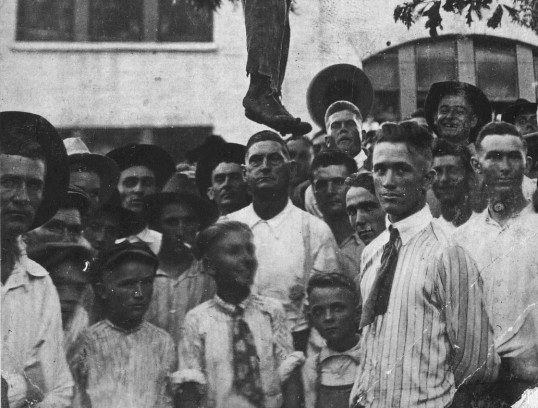 Certainly, if intelligence agencies have the capital to covertly operate multi-million dollar media networks like Fox, CNN and the BBC, then they definitely possess the means to fully subvert any influential website or blog out there. All "alternative" theories could be generated by the powers-that-be, or this idea in itself might originate from the same agencies in order to promote the myth of their own omnipresence and omniscience.

The real has returned with a vengeance, but no one can truly believe it at all. It's like the 71 different options people now have available for gender identity on Facebook, one of which is "pangender" which in a paradoxical, Borgesian way allows one to identify with all options at once.

In the latest twist to the Trump presidential reality show, @realDonaldTrump has been accused by the intelligence agencies of cavorting with Russian prostitutes and their/his pee-pee in a Moscow hotel room in 2013, in the very bed where President Obama slept soundly on a previous visit. According to these agencies, Trump was ensnared in a classic Russian "honey trap" and is thus completely compromised. In any case, like the fake orange-skinned, fake blonde-haired Real Donald Trump's entire campaign, this is surely an act of Kek. For Kek is as good a name as any for the ideal or hyperdimensional object that has now come into view for everyone, although as yet unknown. Kek, the frog-headed god of chaos, may be be the perfect metaphor for the Object that is both Christ and Antichrist, both satanic pedophile globalist and xenophobic paranoid nationalist, both the nooscope and the weaponized AI, the spoon dipping back into the soup after a 2000-year interval.

But Kek himself shall not be mocked, shall not be used. This is exemplified in the viral clip of Richard Spenser, the alt-right poster boy, getting clocked in the chops while explaining to reporters during the inauguration protests the meaning of his Pepe the Frog/Kek pin.

And Kek as a symbol is not without its own ambiguity. Kek is eternally united with his frog-headed female counterpart, Keket. This divine couple of amphibian chaos, both dark and light, cannot be claimed by the  alt-right or by any other group. Where Kek surfaces, his sister-bride is surely not that far away.

The triumph of God Emperor Troll Trump, soaring through his inauguration and tellingly without any interference from the Deep State, was only overshadowed the very next day by a march of millions of women worldwide. Some have called this a manifestation of a resurgent Sophia, also invoked by Trump during his inaugural prayer, but it might be better identified as the rise of Keket. The telltale, swampy and webbed footprints of confusion and the breakdown of consensus are all over this.

At President Trump's first public speaking event after his inauguration, at the headquarters of the CIA, he blamed the "dishonest media" for severely downplaying the number of people who attended his inauguration. Trump, promising to give the CIA "so much backing," also claimed that it was only the media that created the false narrative of war between Trump and the agency -- so much for the hope that he represents (in one reading) an authentic opponent of the Deep State. 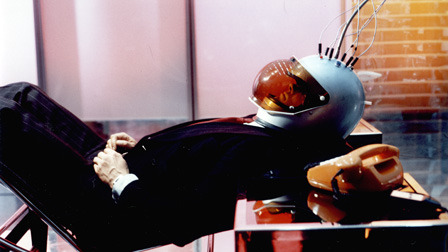 Kek's inauguration vs. Keket's march in a concerted move to dissolve the faith of the masses in any official portal of information -- corporate, government or "alternative." As the boiling froglords finally emerge from the soup, all "facts" will be questioned, every sense will be doubted.

And to round off this already way too long series of appalling verse and pointless musings, I'll return to Marina Abramović. In the wake of the "spirit-cooking" flurry, a list of her six favourite books circulated online. Almost predictably, several of these texts explore or anticipate the utter breakdown of the real. Three can be quoted here (and each of the three authors of these books have also had an impact on my own thought):

A good deal here seems designed for deterrence, and when you're new to the place you feel it's impossible to get past the obstacles. I don't mean to try finding out how things really are, perhaps the appearance really corresponds to the reality, in my position I don't stand at the right distance from it to establish that, but note this: opportunities sometimes arise that have hardly anything to do with the situation as a whole, opportunities when a word, a glance, a sign of trust can achieve more than tedious, life-long efforts.


Obstacles and obstructions to reality are erected by the faceless bureaucracies of grey nightmares. They attempt to blur the line between appearance and reality, trying to cause us to doubt that such a line exists. And yet a single and simple glance or spoken word still sustains the power to bust through.

Abstraction today is no longer that of the map, the double, the mirror or the concept. Simulation is no longer that of a territory, a referential being or a substance. It is the generation by models of a real without origin or reality: a hyperreal. The territory no longer precedes the map, nor survives it. Henceforth, it is the map that precedes the territory -- precession of simulacra -- it is the map that engenders the territory and if we were to revive the fable today, it would be the territory whose shreds are slowly rotting across the map. It is the real, and not the map, whose vestiges subsist here and there, in the deserts which are no longer those of the Empire, but our own. The desert of the real itself.

But, in truth, even for the Empire the real has long since been a reality. This has been made a state secret. A map with no territory, with no origin, and with no directions plots the non-course of those naked monarchs of the "Republic." Even its fakes are counterfeits.


Reality, if it exists, is indescribable. But at the same time it is precisely synonymous with the individual perception/imagination of each and all. This is the only real, but it is every real. The Empire, the System or Megamachine, would deny us this insight. There has really never been a consensus.

We each perceive with our senses, limited by both internal and external factors, and the world that they behold is the mysterious Real. The Object -- the subject of these posts -- call it ideal or hyperdimensional, is the breakdown of a "consensus" that is only ever illusory. Maybe the Incarnation occurs every 2000 years or so, but this, as Blake taught, is actually "a pulsation of the artery." The New Dispensation is only sensation. Kek and Keket dance in our dreams and in front of our waking eyes.