Who gave us the sponge to wipe away the entire horizon? What were we doing when we unchained this earth from its sun? Whither is it moving now? Whither are we moving? Away from all suns? Are we not plunging continually? Backward, sideward, forward, in all directions? Is there still any up or down? Are we not straying, as through an infinite nothing? Do we not feel the breath of empty space? Has it not become colder? Is not night continually closing in on us? Do we not need to light lanterns in the morning?

-- Friedrich Nietzsche, "The Parable of the Madman"

The Earth is centre among countless centres. Each planet capable of sentient life has a sun or suns. It has wandering stars of different number, and beyond is the abiding backdrop of the fixed stars. Each centre is structurally identical yet different in all details.

On "Earth" the same four elements -- earth-solid matter, water-liquid, air-gas, fire-volatile plasma -- would be constant. As would be the right, left, back, front, up, down positionality of almost any observer.

The Sun, or suns, would equate with the "heart," the chakras mirroring or projecting the planets in every system. All cosmologies are psychic. The wanderers would invariably "move" through the local band of the "zodiac."

Blake's Mundane Egg is universal; only the heart/sun as organ of imagination bridges Spirit and Matter. Christ, Apollo, Aslan, Frith are different masks of the redeemer for different worlds. C.S. Lewis' "discarded image"  is once more taken up and adapted for each of the endless pools in the Woods between the Worlds.

Perhaps the inner wheels and lotuses always match the number and type of wanderer. Bodies themselves may be adapted in this way. Nearly endless variations of solar/microrbital clusters, constellations, chakric configurations, possible.

Yet beyond all, beyond "Saturn," through the surreal sphere of the chief of the decans, the portal of souls, is the Empyrean. Pure Spirit. Beyond substance and form.

Gods of the elements, of the wanderers, of the Sun, of the stars would have a myriad different names and appearances, as they do now. But the structure or story is the same. Infinite and meaningful. Groundless and home. Chaos and cosmos. The religion of the universe. Your eyes at the centre of it all.

It is not impossible that our own Model will die a violent death, ruthlessly smashed by an unprovoked assault of new facts–unprovoked as the nova of 1572. But I think it is more likely to change when, and because, far-reaching changes in the mental temper of our descendants demand that it should. The new Model will not be set up without evidence, but the evidence will turn up when the inner need for it becomes sufficiently great. It will be true evidence. But nature gives most of her evidence to the questions we ask her. Here, as in the courts, the character of the evidence depends on the shape of the examination, and a good-cross examiner can do wonders. 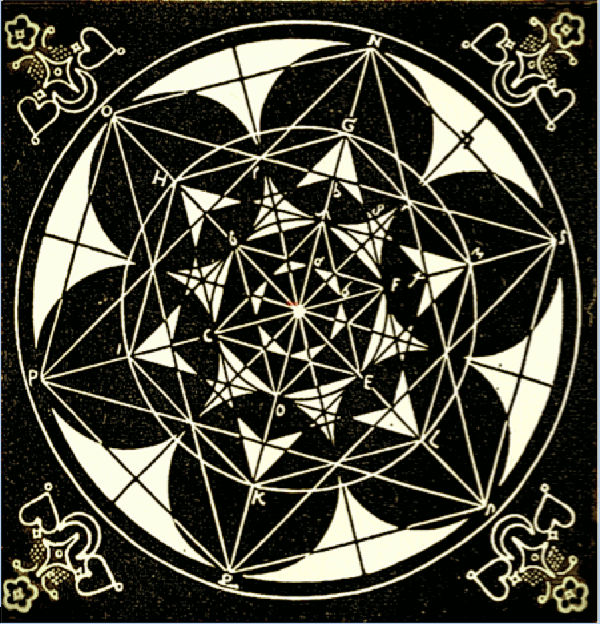