The Fall of Twenty Twelve: Conspiracy

Neither Doom Nor Transcendence


From a previous blog entry:

Maybe all of these rituals of 2012, which for the London Games really stretched back to the Torch Relay in May and in a wider sense began with Madonna's Superbowl ritual coinciding with Imbolc, were to ensure the success of what would follow.

What followed the Closing Ceremony of the Paralympics, the final act of the four-part mass ritual of London 2012, by two days was the 9/11 attack on the US Consulate in Benghazi, Libya. This attack, also marking the 11th year anniversary of the original 9/11 events, has clouded everything else that has unfolded this season.

The year 2012 has not been what people had expected. As of yet there has been neither great catastrophe nor collective transcendence. Neither the Doomers nor the New Agers have been satisfied. Compared to other recent years, most notably 2011, this year has been a "dud." Were all of the prophecies, predictions, augurs, portents, visions and fever dreams about 2012 simply bullshit?

Of course it is still too early to say. The bulk of these expressions of fear or hope have centred around December 21st. It could be that this date is when things really start to take off. Maybe 2013 and the years following will really manifest the spirit of 2012. We don't know yet.

We do know, though, that every system on Earth -- environmental, political, social, economic, geopolitical, technological, psychological, etc. -- is on a hair trigger. Almost everyone now has a sense that things are about to blow. If 2012 is not the year that things will climax then it is pretty damn close. By coincidence or otherwise the Maya seemed to have calculated fairly accurately, whatever their real intentions for doing so.

On 9/11 of this year, though, events ramped up once again. The Benghazi attack has set off a huge chain of events. It was becoming a major issue of the US election, with especially the conservative media questioning what the Obama administration really knew about the attack and what it covered up, and it was only the approach and devastation of Superstorm Sandy that derailed Romney's campaign and kept Benghazi out of the news.

The inevitable conspiracy theories followed from this. The most comprehensive yet over-the-top version of these was that Benghazi was a staged hostage-taking gone horribly wrong. This was to have been Obama's perfect "October Surprise" -- beginning in September yet timed to stretch out until just before the election.

The theory goes that the Obama administration, along with the CIA, plotted to have their former Libyan Islamic allies to storm the consulate and kidnap the ambassador, Chris Stevens. The tension and behind-the-scenes negotiations were to have continued throughout October, distracting all of the media's attention, and then at the last moment Obama would triumphantly announce Stevens' release as the result of a prisoner swap -- Stevens for the Blind Sheikh. This would automatically ensure Obama's reelection in a landslide. 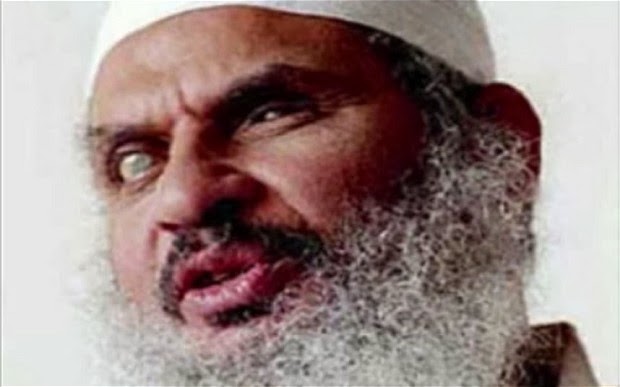 For some reason, however, the militants experienced much more resistance than was agreed and were forced to kill the ambassador and other officials. This was the worst case scenario for the US administration and they went into full panic mode. If the true story got out it would reveal treason at the highest levels of government. They quickly fabricated a cover story -- the attacks were the result of the mob's outrage to Sam Becile's blasphemous anti-Muslim YouTube clip.

Obama's political enemies easily saw through this story. There was no way the government did not know that this was a highly coordinated and militant attack. In no sense could it be classified as being "spontaneous."

Throughout October, the opposition to the official story grew in direct proportion to Romney's advance in the polls. For a while it appeared that it would all end nastily for Obama but then, seemingly by chance, his luck changed. Hurricane Sandy struck the East Coast.


This is where the second part of the conspiracy theory begins. The sheer size of Sandy, the theorists argue, made it impossible for it to exist in the colder waters of the US Atlantic seaboard -- "global warming" be hanged -- without an external energy source. This massive energy surplus was supplied by HAARP and/or similar covert technologies of weather modification.

The government caused large parts of the northeastern states to be inundated, destroying lives, homes and businesses, in order to save Obama and, more charitably, the Office of the Presidency. Drastic measures were taken to prevent the mid-election chaos that would inevitably follow the revelation of the President's high treason.

Obama's response to Sandy was hailed in the media, people forgot all about Benghazi and Romney, and he was easily reelected. Even after the election, though, the speculation about Benghazi began to resurface and to grow. Many theories, most a lot more moderate and convincing than this one, were offered but the main claim was that the government was a lot more informed about the attack than it first let on.

Like many theories of this sort real evidence is lacking. The explanation, while comprehensive, produces as many questions as answers. Why would Obama attempt a risky adventure in Benghazi in order to win the election if he could have whipped up a superstorm in the first place?

And beyond this, are Romney and Obama really so different that the powerful backers of both would risk either of these events in order to get one elected over the other? The two having nearly identical policies, why would the financial elite give a damn who was elected?

Or, in a way that deeply challenges the assumptions of all believers in One Big Conspiracy, did each candidate have different elite cabals supporting them? Is there a war of ruling-class conspiracies? Many such questions remain.


Can we assume then, as is constantly stressed in the "liberal" media, that this is all the product of idle, moronic, conspiracy-mongering by disgruntled, Republican sore losers? Perhaps not. This is where 2012 slips deeply into the surreal and from which it his not yet emerged. Enter the Petraeus Affair.

By now the sordid details of the affair are so well known -- the seductive twins, the dummy email account, the shirtless agent, FBI v. CIA -- that there is no point diving further into the slime.

The fact is, though, that when Petraeus finally did testify to Congress on Benghazi he admitted what conservative pundits were saying all along -- the CIA and the government knew from the start that Benghazi was a terrorist attack and not a spontaneous reaction to a YouTube clip. Does make all of the other above conspiratorial claims true? No at all. In fact it points to something much stranger.

Petraeus was clearly taken down, but by who? The CIA old boys group of spies, who resented the general's further militarization of the Agency? The FBI, who have always been rivals of the CIA? The sexy Lebanese twins, who may or may not be agents of the Mossad? The Obama administration, who either disliked Petraeus' support of the Republicans or wanted to silence him from speaking about Benghazi? Or was it Petraeus himself, who nobly wanted to bring Benghazi back into the media spotlight? The speculative possibilities are endless.

In any case, it is clear that many in the top echelons of government knew about the general's tryst and were just waiting for the opportunity to blackmail him with it. Why then did it come out now?

The weirdness increases when we consider that Petraeus is not the only high-ranking military officer to take a hit in recent days. The scandal quickly ensnared General John Allen, commander of NATO forces in Afghanistan, and two more officers with apparent links to the Benghazi attack, General Ham and Admiral Gaouette, were also dismissed for "misconduct." Additionally at least two other commanding Naval officers were also relieved of duty.

Are all of these dismissals really related? What is going on? Does this, as some are suggesting, represent a kind of counter-coup against a faction in the military that plotted to overthrow the Obama administration? If so, this would indicate a much different conspiracy than that outlined above. Or, in an even more sinister theory, were these generals and captains replaced because they actively oppose the WW3 aims of the current US government?


In any case, from the perspective of this blog, it is extremely interesting that conspiracy theorizing itself has bifurcated into multiple, often opposing, branches and perspectives. There seems to have been a time, perhaps in the years immediately following 9/11, when conspiracy theory was simple. There was the Official Story and there was its opposing alternative, the Conspiracy Theory.

Those in support of the status quo narrative, although they might be critical of it, upheld the Official Story, while those doubtful of this narrative, although there could be several versions of it, drifted towards acceptance of the Conspiracy Theory. While there may not have been consensus among conspiracy theorists as to the actual mechanics, details and even plotters of the conspiracy, there was general agreement about what the conspiracy was. The dichotomy between Official Story and Conspiracy Theory was pretty fixed and secure.

In recent years, though, these categories have begun to blur. The dichotomy, however actual, has become fluid. There are multiple, mutating official stories which no one is expected to believe and some of these are also conspiracy theories themselves. Oppositional conspiracy theories are presented by establishment political parties and mainstream media outlets. "Alternative" media is finding it more and more difficult to be truly alternative as the "lamestream" is becoming so conspiratorial.

If 9/11 happened today there could be no Official Story and the proliferation of competing conspiracy theories at all levels would make social consensus, or even cohesion, next to impossible. 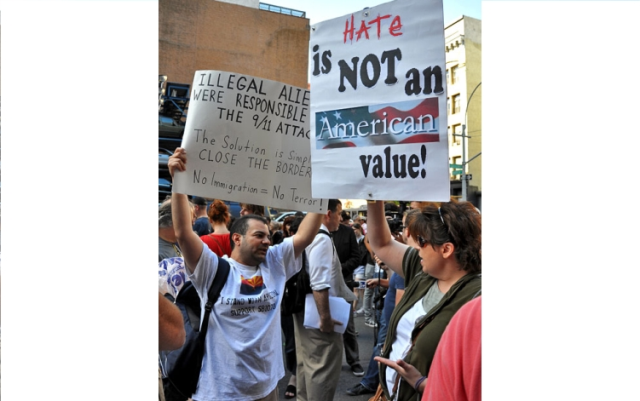 So what brought about this miasma of mutually exclusive musings on whatever the hell is going on? Is there an even a greater conspiracy behind this? Or have even the citadels of power become deluged in the tidal wide of disinformation they helped to create? I suspect that this all is very symptomatic of what 2012 is all about.

But to return a bit to events on the ground: Petraeus resigned on Nov. 9, three days after the US election, and one day before that tensions between the Israelis and Palestinians began to build culminating to the assassination of Ahmed Jabari, and marking the start of Operation Pillar of Cloud, on Nov. 14.

Was Petraeus' resignation a signal to begin major operations in Gaza? In any case, it is possible to see the Gaza conflict as being just the latest act in a narrative that stretches back to the attack on Benghazi, which itself symbolically follows directly from the London 2012 mega-ritual.


Somehow, though, this narrative does not entirely satisfy. When we delve deeper into the details less and less seems to make sense. If this all was a conspiracy it is difficult to imagine who could possibly be behind it. It is just too huge. Some other element must be in play. Is this all just coincidence? Or do these coincidences themselves add up to something far beyond coincidence? Could the analysis of synchronicity be the means to understand the Fall of Twenty Twelve?