They Are Standing Still

The culminating scene of Indiana Jones and the Kingdom of the Crystal Skull, involves a ritual of returning the thirteenth and final crystal skull to the skeleton of a throned alien. The alien sits in a circular temple, the floor of which is an obvious Mayan calendar.

As many have pointed out before, the return of this thirteenth skull is symbolically the same as the completion of the 13th Baktun of the Mayan Long Count, occurring right now.

This movie offers many clues on the significance of the present moment. The scene in particular has obvious parallels with the well-known climax scene of Raiders of the Lost Ark. Indy and the Ark have been captured by the Nazis and brought to a small island in the Aegean Sea. Here, the Nazis perform a ceremony to open the Ark. In doing this, they are destroyed by the supernatural beings that fly out from the Ark.

The connection of the two scenes is unmistakeable. The Nazis of the Lost Ark are replaced by the Soviet agents of Crystal Skull. Both of these groups crave knowledge and power, and both are totally overwhelmed and destroyed by what they receive. Neither possess humility and purity of heart.

The Seraphim of the first movie become the inter-dimensional aliens of the second. Even the Marion Ravenwood character returns in the later movie. It would be no stretch of the imagination to hear her saying to Jones, "doesn't this remind you of that time with the Nazis and the Ark?"


The two scenes essentially portray the same ritual. Opening the Ark is identical to rending the veil of the Temple where the Ark was held. The shekinah, the pillar of cloud and fire, the central pillar of the Tree of Life, is made manifest. The two rituals are, once again, depictions of the attempt to cross the Abyss.

When Spalko, the Soviet intelligence agent, demands of the aliens to "know everything," she is asking for Da'at, for knowledge. The aliens do not kill her. They grant her request. She is destroyed because she has not yet become "no man" or "no woman." She is destroyed by her own ego. She is too "dense" to travel through the portal in bodily form. Like the Nazis, she disintegrates.

The completion of the circle of 13 crystal skulls also recalls Jim Henson's The Dark Crystal , released in 1982. One thousand years before the events of the film the central, sustaining crystal of the film's world is cracked. Two opposite races of beings appear in equal number, the tyrannical and cruel Skeksis and the spiritual and gentle Mystics.

The film takes place just before the Great Conjunction of the triple suns. A Gelfling couple bear the broken shard, thus fulfilling prophecy, which will repair the Crystal and rejuvenate the world if it is returned at the time of the Conjunction. The Skeksis try to do whatever it takes to prevent this as they will attain immortality if the Crystal is left incomplete after the Conjunction passes.

In the end, the shard is returned and the two opposing races merge into one race of light, beings which are very reminiscent of the inter-dimensional aliens of Crystal Skull.

By weaving the three scenes into one narrative, we can begin approach what may be going on right now. We are collectively passing through the Abyss. The dualistic aspects of the two fishes of Pisces, which as Jung taught are representations of Christ and Antichrist, are merging (or not!) at the point of Conjunction. This happens at the completion of the thirteen Baktuns, and it is precisely at the site of Da'at.


2001: A Space Odyssey gets even deeper into these themes. Again, the climactic "beyond the infinite" sequence offers clues on what is now occurring. Here, we witness a successful passage through the Abyss.

David Bowman defeats the Cyclops, HAL -- the Guardian of the Threshold, and unlike Odysseus he truly becomes Noman, not in name but in being. As in Nietzsche's Thus Spake Zarathustra, alluded to by Kubrick in his musical choice of Richard Strauss' famous tone poem of the same name for the monolith scenes, where we read of the metamorphosis of the Camel (gimel) to the Lion to the Child, Bowman transforms into the Starchild. 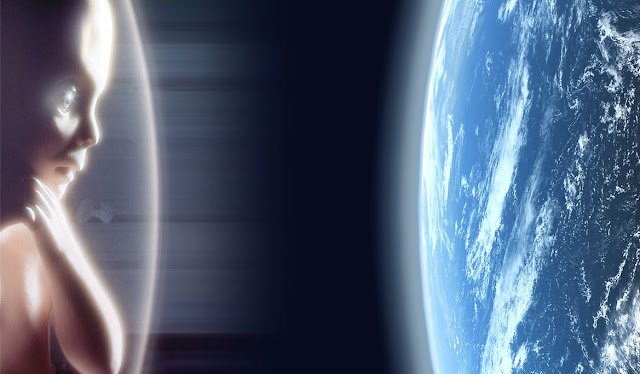 In the case of this film, the final realm of the Tree of Life can be only attained by one man. And this can be done only with the help of the monolith, or the stone. Bowman - the furthest out and the loneliest person in the universe - is that man. Interestingly, in the Tree of Life, there is an abyss that lies between Tiperoth and Kether. This abyss must be crossed by the initiate before they can successfully complete their journey. This abyss is called Daath in the Kaballa. Bowman crosses this abyss during the famous light show sequence. The colors and shapes on the screen are shown in such a way as to create a 'falling' sensation in the viewer. Kubrick is taking the viewer through the abyss of Daath and into the world of Kether where all illusions fail.


Bowman returns to Earth as the Starchild. And where have we seen this child recently? Oh yeah.... 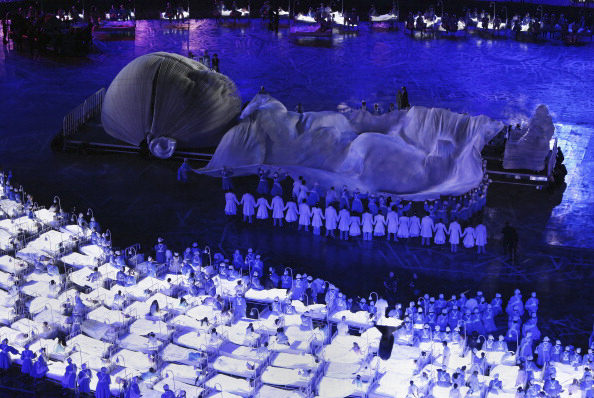 What is being born? When do we realize what has been born?

How To Survive The End Of The World


Another successful crossing is shown in the recent film, Melancholia. The world is on the edge of absolute destruction due to its collision with the rougue planet, Melancholia. There is seemingly no escape from this fate. All will end. The movie is largely about the reactions of different people to the apocalypse -- the consummation of the world by fire, as Blake puts it.

There is, however, an escape -- through the imagination. The depressive sister, played by Kirsten Dunst, constructs a "magic cave" out of sticks for her sister and nephew. The three hold hands in the "magic cave" and their bodies are instantly incinerated by the exploding atmosphere. But as our imagination is fire, as Blake revealed, these three would survive in some plane of being. Fire does not destroy fire.

There is no amount of "preparation" that will suffice for this moment. No amount of food or guns or supplies will save you. The passage happens only for those who have cut their attachments for the objects of this world, and instead flow with the imagination which animates and sustains all truly good and beautiful things.


The McKenna brothers in 1971 dreamed that they could exteriorize the imagination -- to combine spirit with matter and have it be visible to the senses. It is not apparent that this happened in 1971, but eventually, with the Mushroom's prodding, the Timewave was developed and its endpoint fixed to this very day. This experience of the imagination being physically manifest, becoming "dirigible," would end history. It would become eternity.

But I do think there is some kind of, for want of a better word again, hyperdimensional object at the end of history which is casting an enormous shadow over the historical landscape and causing it to be what it is. It's as though history were the shock wave of eschatology. There is an event at the end of history such that when it is finally reached, all time which preceded it will be seen to be adumbrations and reflections of the approach to this thing. It's as though consciousness is attempting to become more and more self-reflective.

And since language is the way, the strategy that is being used, we are getting a fantastic accumulation of languages and cybernetic technology -- technologies of storage and delayed replay -- so that consciousness is bootstrapping itself toward this omega-point. But the creode, the cleft in the epigenetic landscape that is directing it toward this end point already exists in some sense. This is like a Platonic model of hyperspace. Plato said, "Time is the moving image of eternity". What he simply meant was that we have a low-dimensional slice of reality in the form of what we call the present, with its perspective on the past, but that actually it is part of a higher dimensional manifold which, beheld in its entirety, is eternity.

Blake wrote that infinity could be in the palm of our hand. Joyce made us realize that a Jewish salesman walking around the streets of Dublin in search of pig's liver is identical to the greatest epic of the West. Kubrick retold the same epic in terms of the entire evolution of humanity. Odysseus has finally reached the Mountain of Purgatory and gone up and beyond.


McKenna used to say that "Rome falls nine times an hour." That was in the early nineties. Now it is falling every few seconds or faster. There it goes. Again! Again! Terence speculated that one of the ways the "hyperdimensional object" might arrive is through the development of true Artificial Intelligence. There is much speculation that the Net might eventually become this. But we would know that this mutation has taken place? Perhaps it has.

This is 2012. This has already happened. This will keep happening. The darkest day. The return of the light. The Fall is over and the world holds its breath. 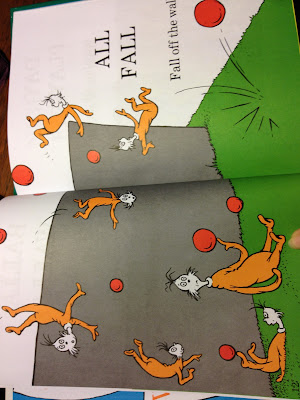